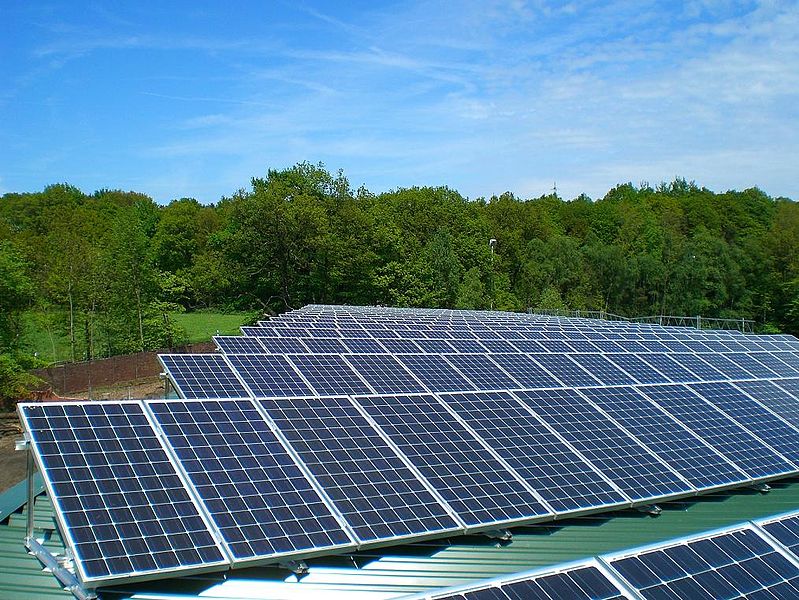 Germany is one of the world’s most prolific users of clean energy for power, heating, and transport. Germany has rapidly expanded the use of clean energy which now contributes almost one-fourth to the national energy mix. Renewable energy contribute as much as one-fourth of the primary energy mix and the country has set a goal to producing 35 percent of electricity from renewable sources by 2020 and 100 percent by 2050.

Germany is the world’s biggest solar market and largest PV installer with a solar PV capacity of more than 32.3 GW in December 2012. The German new solar PV installations increased by about 7.6 GW in 2012, with a record 1.3 million PV systems installed across the country. Germany has nearly as much installed solar power generation capacity as the rest of the world combined and gets about 5 percent of its overall annual electricity needs from solar power alone.

Germany’s wind energy industry is one of the world’s largest, and it is at the forefront of technological development.  Over half of all wind turbines in Germany are owned by local residents, farmers and local authorities which have tremendously improved the acceptance of wind turbines among local communities as they directly profit. Being Europe’s primary wind energy market, Germany represents around 30 percent of total installed capacity in Europe and 12 percent of global installed capacity. Total wind energy capacity in Germany was 31.32 GW at the end of year 2012. Currently Germany is ranked third worldwide in installed total wind capacity with its share of total domestic electricity production forecasted to reach 25 percent by 2025.

Biomass energy is making a significant contribution to renewable energy supply in Germany and accounts for about 5.5 percent of the total electricity production in the country. Germany is the market leader in biogas technology and is also Europe’s biggest biogas producer. Last year around 7,600 systems with a cumulative capacity of 3,200 MW generated 21.9 billion kWh in the country, thus consolidating Germany’s status as a pioneer in clean energy technologies.

Germany’s plan to phase out all 17 of its nuclear power plants and shift to renewable energy by 2022 is the largest infrastructure investment program in Europe since World War II. The country’s transition from nuclear energy-based power network to renewable energy systems will require investments of much as $55 billion by 2030.

Germany is the world’s third largest market for alternative energy investment which totalled $31billion in 2011. Sixty-five percent of investment in Germany was directed toward solar, with 29 percent ($8.5 billion) directed to wind. In addition, 700 MW of biomass capacity was added in 2011.

In the first six months of 2012, the amount of electricity produced from renewable resource rose from 20% to 25%, bringing Germany closer to its targets of 35% by 2020 and 80% by 2050. According to figures released by the government agency Germany Trade and Invest, 38% of the electricity produced by renewable energy during that period was through wind power, and almost 16% from solar.

2 thoughts on “Clean Energy in Germany”