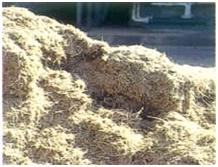 Cogeneration of Bagasse is one of the most attractive and successful energy projects that have already been demonstrated in many Sugarcane producing countries such as Mauritius, Reunion Island, India and Brazil. Combined heat and power from Sugarcane in the form of power generation offers renewable energy options that promote sustainable development, take advantage of domestic resources, increase profitability and competitiveness in the industry, and cost-effectively address climate mitigation and other environmental goals.

Using Bagasse to generate power represents an opportunity to generate significant revenue through the sale of electricity and carbon credits. Additionally, cogeneration of heat and power allows Sugar producers to meet their internal energy requirements and drastically reduce their operational costs, in many cases by as much as 25%. Burning Bagasse also removes a waste product through its use as a feedstock for the electrical generators and steam turbines.

Most Sugarcane mills around the globe have achieved energy self-sufficiency for the manufacture of raw Sugar and can also generate a small amount of exportable electricity. However, using traditional equipment such as low-pressure boilers and counter-pressure turbo alternators, the level and reliability of electricity production is not sufficient to change the energy balance and attract interest for export to the electric power grid. On the other hand, revamping the boiler house of Sugar mills with high pressure boilers and condensing extraction steam turbine can substantially increase the level of exportable electricity.

This experience has been witnessed in Mauritius, where, following major changes in the processing configurations, the exportable electricity from its Sugar factory increased from around 30-40 kWh to around 100–140 kWh per ton Cane crushed. In Brazil, the world’s largest Cane producer, most of the Sugar mills are upgrading their boiler configurations to 42 bars or even higher pressure of up to 67 bars.

Florida Crystals Corporation, one of America’s largest Sugar companies, owns and operates the largest Bagasse-based biomass power plant in North America. The 140 MW facility uses Bagasse and urban wood waste as fuel to generate enough energy to power its large milling and refining operations as well as supply enough renewable electricity for nearly 60,000 homes. The facility reduces dependence on oil by more than one million barrels per year.

6 thoughts on “Global Trends in Cogeneration of Bagasse”