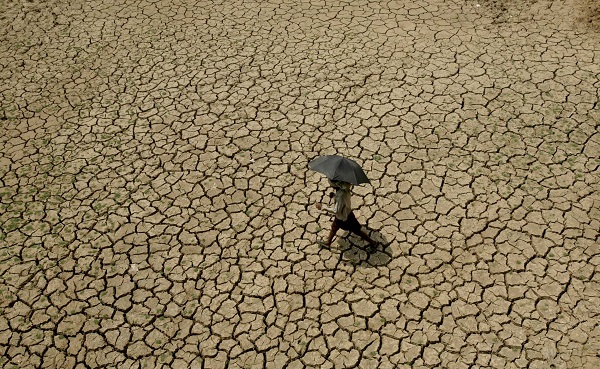 2016 was the hottest year in world’s history. The strong El Niño marched forward in 2016, raising the possibility that 2017 will again set a global temperature record. The El Niño pattern is also disturbing the circulation of the atmosphere, contributing to worldwide weather extremes that may include a drought in many countries, threatening the food supply of millions. Heat waves in 2015 killed a number of people around the globe in different continents. It is quite alarming to know that 8 of the world’s 10 deadliest heat waves have occurred since 1997.

As per rough estimates around 140,000 people died during the past two decades. We need to understand that temperatures are rising 10 times faster than during the last ice age. Fifteen of the hottest sixteen years on record have occurred in the 21st century. Climate change phenomenon is happening and is expected to increase the frequency and intensity of heat waves.

Higher temperatures mean that heat waves are likely to happen more often and last longer, too. Heat waves are dangerous, causing illnesses such as heat cramps and heat stroke, or even death. Heat can trigger exhaustion, uneasiness, severe health impacts and even heart attacks, as well as worsens existing health conditions elevating cardiovascular and respiratory diseases.

The most vulnerable groups from heat waves include elderly people, infants and young children, people with lower socioeconomic status or those having chronic diseases, people taking certain medications and people in particular occupations who are working outdoors (such as farming, construction, oil and gas operations and landscaping) or indoors (steel and other metal foundries, ceramic plants, mining operations, bakeries and commercial kitchens).

Most people feel comfortable when the air temperature is between 20°C and 27°C and when the relative humidity ranges from 35 to 60%. When air temperature or humidity is higher, people feel uncomfortable. Such situations do not cause harm as long as the body can adjust and cope with the additional heat. Very hot weather can overwhelm the body’s coping mechanisms leading to a variety of serious and possibly fatal conditions.

Research has examined how a combined measure of temperature and humidity, called wet bulb temperature (WBT), can increase if carbon emissions continue along the current trends and the world warms by 4C this century. At WBTs above 35C, the high heat and humidity make it physically impossible for even the fittest human body to cool itself by sweating, with fatal consequences after six hours. For less fit people, the fatal WBT is below 35C.

The scientists using standard climate computer models show that the fatal WBT extremes would occur every decade even after 2070 along most of the Arabian Gulf coast, if global warming is not stopped or contained. Using the normal measure of temperature, the study shows 450C would become the usual summer maximum in Gulf cities, with 600C being seen in places like Kuwait City in some years.

The harmful effects of hot weather are largely preventable. Let us adopt some simple tips to reduce exposure during heat waves:

Rehan Ahmed
Rehan Ahmed is the Head of Waste Disposal Unit at Supreme Council for Environment, Kingdom of Bahrain. He has over thirty four years of professional experience on projects related to waste management, recycling, reuse and recovery & environmental impacts assessments. Rehan has been instrumental in construction, development, operation and management of Hafira industrial landfill site and establishment of healthcare waste treatment facility in Bahrain.

2 thoughts on “The Health Impacts of Heat Waves”