At one point or the other, we’ve all been in awe of the pictures that a DSLR camera can capture. From the quality to the contrast ratio, everything is on a different level with DSLRs. Let us understand why a DSLR camera is significantly better than other cameras for photography

DSLR versus other cameras

The biggest factor that sets a DSLR camera apart from the other Point and Shoot cameras is the image quality. The digital single-lens reflex (DSLR) cameras use large sensors. These large sensors capture the images in DSLRs as opposed to the smaller sensors in other cameras.

Larger sensors help in focusing more light in the images, thus improving the overall quality of the photos you click. These large sensors also capture images in better dynamic ranges, which makes it possible to produce a wide range of colours.

Other than this, DSLR cameras, with their large sensors, are also able to capture better images in dimly lit environments. As DSLR cameras became more sophisticated, ISOs could be used to capture highly detailed images at night. However, for most point and shoot cameras, such high ISOs would introduce noise into the images. This would ultimately diminish the quality of the photos. With modern DSLRs, you can even choose ISO ranges of 3200 or 6400.

The Canon EOS 5D Mark IV is an amazing DSLR camera that is widely known for its incredible low light performance. The camera’s ISO range can be expanded from 100 to even 10,200. This makes capturing high-quality images in dimly-lit environments possible. This is why DSLRs are used for nightlife photography by wildlife photographers.

Some of the best DSLR cameras have a very high auto-focus speed. They use the phase-detect autofocus method immediately when you semi-press the shutter button. The motor immediately recognizes the subject and focuses on it. This is especially useful when you’re clicking multiple shots within a limited time and have no time to manually focus on the subject. 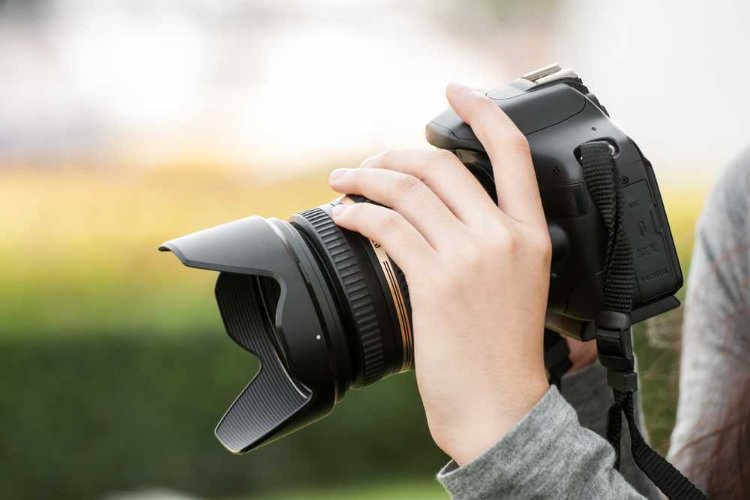 One of the biggest advantages of a DSLR camera is its ability to blur backgrounds. This is what is known as depth of field. The photographer can adjust the aperture of the lens to isolate the background from the foreground as much as they want. You can also create the bokeh effect using a DSLR. With other cameras, you cannot bring in such an effect. These cameras focus on everything within the frame, thus making it difficult to highlight the subject.

DSLRs are extremely sophisticated cameras. They allow you to make very small yet significant changes that can improve the resultant image. You can tweak the ISO, shutter speed, aperture or white balance to bring out your preferred result. This is not possible with other cameras that lack such options.

You can also use different lenses with a DSLR camera. Depending on your requirement, you can use different lenses or even mount additional lenses. For instance, you might want to use an 85mm lens for a closer portrait. If you want to cover a wider background, you can shift to 50mm. This feature is absent in other cameras, which is why DSLRs are so special when it comes to professional photography.

8. Make use of the reflex mirrors

Unlike point and shoot cameras, DSLR cameras are built with reflex mirrors that allow you to have a look at the final product of your photograph. This will help you make certain changes that will bring out a better result. In the case of other cameras, you have to shoot using the see-through hole.

DSLRs have a significantly longer battery life than the other types of cameras. You can click up to 500 high-quality images on a single charge using a DSLR camera. The number goes down to around 200 to 300 in the case of other cameras.

Are you a photography enthusiast looking to purchase a professional camera online for yourself? Buy your favourite camera and pay for it in easy EMIs with the Bajaj Finserv EMI Network Card. You can buy your favourite appliances, clothes, gym memberships and other items from 1.2 lakh+ partner stores across 2,900+ cities in the country by using the EMI Network Card. There’s also little stress involved, as you can pay back the amount in flexible tenors ranging from 3 to 24 months.