Automation, robots, drones and all the other gizmos that we can see in the warehouses of today still work side by side by human workers. We are not talking about their operators, supervisors, and drivers but about manual laborers who are still an integral part of daily operations. This has been the case for centuries, so why is manual material handling still topical and is this job post one that simply refuses to be terminated?

Apart from human stubbornness and a general unwillingness to change, there are several reasons more why manual material handling is still necessary on the factory floors. Some have to do with money, while others confirm that robots are not omnipotent and that some tasks require human care. Manual material handling is here to stay precisely because of the following reasons.

Manual handling is worth more these days

We are not talking about the value in money but the job the operator performs. Since warehouses and factories have been automated, the worker is no longer stressed both physically and mentally as he was before. Most of the time, he merely oversees the entire production or the shipping process and steps in only when finesses are involved.

For instance, if a heavy crate needs to be loaded onto a truck, the brunt of the weight will be carried by the forklift or the overhead crane, while the worker will deal with straps and precision positioning the payload to its final location. In other words, we will get less tired than he did half a century ago, making it possible for him to deliver crates with the help of technology.

This means that manual handling is becoming a job of its own and it is worth more. An experienced handler can expect a higher salary because he can manipulate a larger number of loads. Back in the old day, manual laborers had no hopes at all because their job virtually had no room for learning or career advancement.

For business owners, time is money and if machines are slowing down the production process, they are not going to be used. This is true for all the processes that are far cheaper to be handled manually than to build special machines for it. There are countless examples of how factories have automated stations that are coupled with human checkpoint.

For instance, a shoe can be polished by a machine but the final product needs to be checked with a human eye for any flaws. Furthermore, a crane can place a beam into its socket during a construction project, but only a person can guide the crane to place the beam to the desired spot, accounting the wind speed in the process. The examples are innumerable, but the bottom line is the same: some production tasks are far too delicate to be handled cost-effectively by a machine.

Another thing about manual laborers is the fact they have become more advanced through the use of technology. Perhaps the 1987 movie Robocop was an overstatement but modern warehouse workers use a lot of tools that help them be mercilessly precise in what they do. Even a trolley that was custom-tailored to the height and reach of a worker can be considered as an aiding tool. Then we have pallet trucks, drum handlers, freight hoists, electric tow tugs and a bunch of other equipment that companies such as Sitecraft offer to floor workers.

By using all these aids, they basically stop being manual labors, as modern technology temporarily transforms them into real-life cyborgs. They leave behind all these tools when they leave work but during the shift, a manual handler is a Superman of cargo transport. Who would want to fire a super worker?

During the 1800s, the number of deaths at work was whoppingly high. In the 20th century, this number had luckily decreased but the number of work-related accidents resulting in workers’ injury, unfortunately, remained high.

Not to fool ourselves, the dangers are still there but work safety has increased so much over the course of the last few decades that it pays off for employers to hire people for manual handling. Of course, workers still have to keep their eyes open for possible dangers such as uneven floors, toxic fumes, and poorly ventilated air, but in general, this job is not as dangerous as it used to be.

There is one last anthropological point that guarantees manual material handling will never die. It is especially obvious in warehouses of courier and shipping companies that appear vast, sterile, and dehumanized. However, when you have in mind the whole operation, it is a living person that clicks to buy a certain product online. The person making the delivery is also a man or a woman (or a drone in a small number of cases), so the person handling the package should also be human.

It is not only crates of construction equipment that is being handled, quite often these are presents for children or anniversary gifts. It might seem shabby to say so but a machine could never take into consideration this factor like a human worker can. “Handle with care” has a very literal meaning. 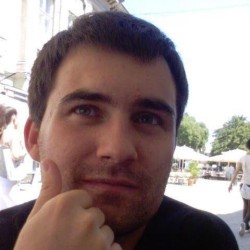 Liam Smith
Liam Smith is a young and aspiring Australian blogger with a passion for everything related to home, and offline business He has a B.Sc. in Interior design and is an avid reader.