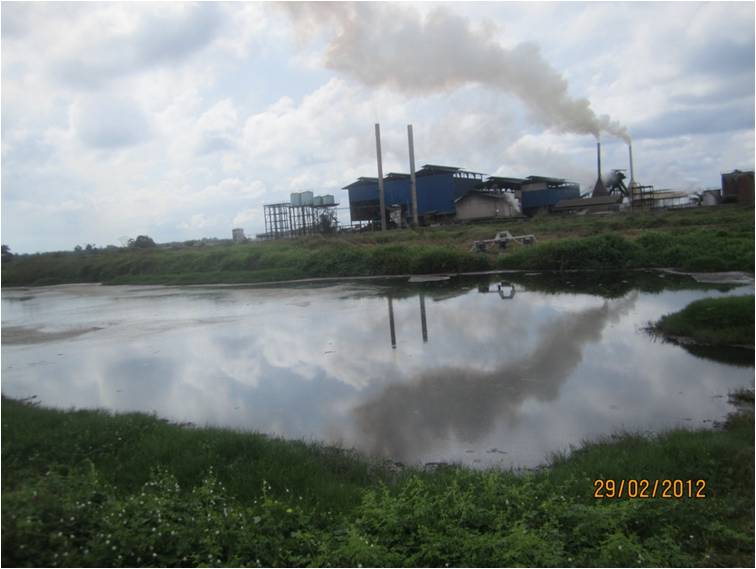 Palm Oil processing gives rise to highly polluting wastewater, known as Palm Oil Mill Effluent (POME), which is often discarded in disposal ponds, resulting in the leaching of contaminants that pollute the groundwater and soil, and in the release of methane gas into the atmosphere.

POME has a very high Biochemical Oxygen Demand (BOD) and Chemical Oxygen Demand (COD), which is 100 times more than the municipal sewage. POME is a non-toxic waste, as no chemical is added during the oil extraction process, but will pose environmental issues due to large oxygen depleting capability in aquatic system due to organic and nutrient contents.

The high organic matter in POME is due to the presence of different sugars such as arabinose, xylose, glucose, galactose and manose. The suspended solids in the POME are mainly oil-bearing cellulosic materials from the fruits. Since the POME is non-toxic as no chemical is added in the oil extraction process, it is a good source of nutrients for microorganisms.

Currently, anaerobic digestion is the primary disposal method for palm oil mill effluent. Biogas is produced in the process in the amount of 20 m3 per ton FFB. This effluent could be used for biogas production through anaerobic digestion.

At many Palm-oil mills this process is already in place to meet water quality standards for industrial effluent. The gas, however, is flared off. Liquid effluent from Palm Oil mills in Southeast Asia can be used to generate power through gas turbines or gas-fired engines. Biogas, generated from POME, can also be used to produce biomethane.

Recovery of renewable organic-based product is a new addition to the potential uses of POME. The technology is aimed to recover by-products such as volatile fatty acid, biogas and poly-hydroxyalkanoates to promote sustainability of the palm oil industry.

In addition, it is envisaged that POME can be sustainably reused as a fermentation substrate in production of various metabolites through biotechnological advances. In addition, POME consists of high organic acids and is suitable to be used as a carbon source.

European countries are also showing interest in using palm oil mill effluent as a substrate for their existing anaerobic digestion plants due to its high biogas potential and other interesting characteristics. Several companies are currently involved in export of POME to Europe.

In addition, oil companies in Southeast Asia are beginning to use palm oil mill effluent in HVO plants. This development will catalyze the development of POME-based biofuels in the region and beyond.