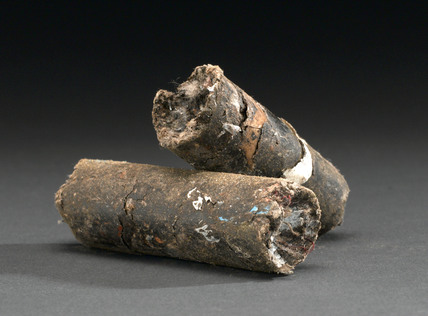 Solid waste is a growing problem in all countries, and a critical problem in almost all the cities of the developing world. Developed countries have in recent years reduced the environmental impact of solid waste through sanitary landfills and high-temperature incineration, as well as conserving natural resources and energy through increased recycling, but the volume of waste generated in developing countries is rising astronomically.

Enormity of the Problem

Most common method of disposal of wastes is to dump them in low-lying areas on the outskirts of towns which is very haphazard and unscientific. This has serious environmental impacts like water pollution, methane emissions, and soil degradation.

Very few cities have adequate solid waste collection and waste disposal systems, and the accumulating waste threatens health, damages the environment, and detracts from the quality of life. Therefore, it is necessary to make use of all possible waste management technologies to arrest the degradation of environment and foster waste-to-energy technologies.

Technological improvements are taking place in the realms of advanced source separation, resource recovery and production/utilisation of recovered fuel in both existing and new plants for this purpose.

Pelletization of municipal solid waste involves the processes of segregating, crushing, mixing high and low heat value organic waste material and solidifying it to produce fuel pellets or briquettes, also referred to as Refuse Derived Fuel (RDF) or Process Engineered Fuel (PEF). The process is essentially a method that condenses the waste or changes its physical form and enriches its organic content through removal of inorganic materials and moisture.

The calorific value of refuse derived fuel pellets is around 4000 kcal/kg depending upon the percentage of organic matter in the waste, additives and binder materials used in the process. There has been an increase in global interest in the preparation of refuse derived fuel containing a blend of pre-processed MSW with coal suitable for combustion in pulverised coal and fluidised bed boilers. RDF has a wide array of advantages including energy efficiency, ease of transportation, better fuel characteristics, multiple uses etc.

RDF plant employs mechanical processes to shred incoming MSW separating the non-combustibles in order to produce a high-energy fuel fraction and thus improved efficiency. One of the most important benefits of refuse derived fuel is that it can be employed as a supplementary fuel in conventional boilers. Furthermore, RDF’s energy content is around half that of UK’s industrial coals and nearly two thirds that of low grade US coal.

Pelletization scores over mass-burning, anaerobic digestion and composting because the pellets’ energy content is close to that of coal and can be substituted in local industry. A number of widely employed industrial and utility-scale coal utilisation technologies have the potential to co-utilise RDF and coal, such as large-scale pulverised coal-fired power plant boilers, cement kilns, fluidised bed or stoker-fired boilers, coal gasification plant.

Due to reduction in fuel particle size and reduction in non-combustible material, RDF pellets are more homogeneous and easier to burn than the MSW feedstock. RDF has been successfully burned in a variety of stoker boilers and in suspension as a stand-alone fuel in bubbling and circulating fluidized bed combustion technology boilers. It needs lower excess air and hence works at better efficiency. Also, handling is easier since non-combustibles have been already removed.

In utilizing MSW through a pelletization process, additional tonnage of recyclables will be positively selected to take to that market, assisting the developing regions to work towards sustainable development goals, while positively selecting appropriate materials to mix with purchased high BTU materials in the production of the high BTU pellets, that can be used either to replace coal or coke in industrial processes.

Refuse derived fuel is a much more uniform fuel than MSW with regard to fuel particle sizing and heating value resulting in a more efficient combustion process. In addition, a majority of the non-combustible material is removed from the RDF before the fuel is fed into the boiler which reduces the size of both the fuel and ash handling systems.

These fuel characteristics result in a RDF boiler system which is generally less expensive than a mass-burn system, thereby offsetting the cost of the RDF processing equipment.

It is much easier to transport and store MSW fuel pellets to power plants or industries than raw MSW. Advanced thermal technologies like gasification, pyrolysis, and depolymerization are unattractive to developing countries due to their prohibitive costs.

Technologies to control the release of air contaminants have improved substantially in the past decade and that, therefore, the releases from modern RDF plants are not high enough to have negative impacts on human health.