Remember when the Roomba made its debut in September of 2002? This was the small disc-shaped robotic vacuum cleaner that constantly roams around your house, intelligently learning the layout, and removing the trash on your floors without you having to lift a finger! A lot of people scoffed and thought it a silly concept but iRobot, the company that produces these little gems, has been having the last laugh for the last sixteen years to the tune of a NET profit of $7.9 million in 2017 alone.

To say robotics are BIG… and they will be much more a part of our lives in the future… would be an understatement. It seems that the start of a big new wave of robotic cleanup of trash is happening right now in Chicago Illinois, USA. It’s a concept that is bound to spread… maybe even go viral! 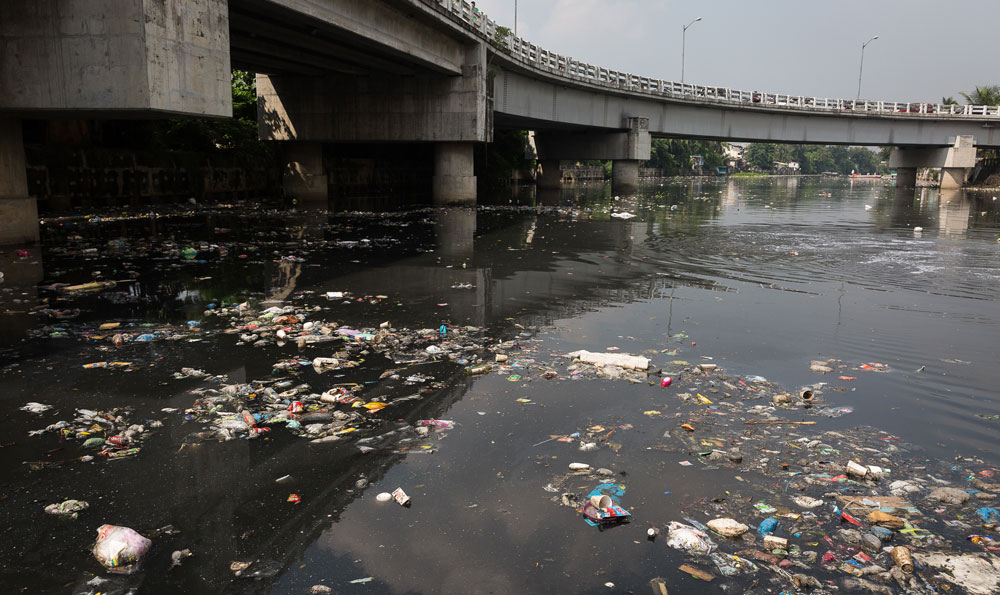 Chicago River – Lifeline of the City

The Chicago River runs through Chicago, connecting Lake Michigan with the Mississippi River watershed, although it’s been human manufactured to flow backwards, but that’s another story. The Chicago skyline is reflected in the river in all three branches of the river and Chicagoans enjoy walking and jogging along its banks, as well as kayaking and other boating, for a taste of nature in their urban jungle. Numerous bridges and foot paths cross the river’s numerous canals. The Chicago River is so iconic that Chicago, the whole city, including the suburbs, seems to revolve around this river.

Chicago is the third most populous metropolitan area in the United States, As such, Chicagoans and tourists alike, dump a lot of unsightly rubbish into the Chicago River! This even includes Homo sapiens who claim they love the Chicago River!

In fact, you can’t walk along the Chicago River without encountering a great deal of rubbish clearance. The river is full of ducks, geese, fish, and well, a bunch of plastic bottles, bags, cans, food wrappers, and condoms!

Funded by Kickstarter, the Chicago based charity, Urban Rivers, has built a robot to clean up the heavily trashed Chicago River. The idea came about by another project they started working on earlier and continue to work on. They had placed a “floating garden” in the Chicago River to help clean the industrial pollutants, which are substantial, and provide more habitat for wildlife!

Nick Wesley, a co-founder of Urban Rivers, explained in an interview with the BBC that their original intention was to have a person from their group, or someone they hired, guide their trash cleaning robot round to collect rubbish out of the Chicago River. However, he went on to explain that as they started “playing With” the remote controls of this robot, they discovered how fun it was to operate and guide the robot around for waste removal.

This is when a light bulb went off! Other people would probably have fun playing with this robot too! So, they decided to connect the rubbish clearance robot to the internet via a webcam attached to the robot and allow anyone connected to the internet, anywhere in the world, to help out by guiding the robot toward rubbish clearance in the river to remove it! They essentially turned their trash cleaning robot into a exciting new multi-player online game….. only a player’s time is put toward a very useful goal!

Someone on their lunch break could literally sit at their office desk and guide the rubbish clearance robot around to collect wastes! It can even be guided over to a rubbish bin to empty out the rubbish it has collected before it is returned to duty!

Built into the software are controls that avoid harming wildlife and report any bad actions attempted by users. In fact, the rubbish clearance robot is currently collecting data that will help the programmers use it to also monitor and protect wildlife.

Of course, as the technology improves, this could lead to bigger and better monitoring too. How about using these rubbish clearance robots to catch fly tippers in the act? What about taking underwater shots and uploading to the website where volunteers could flag those images that show a pollution problem underwater?

These types of innovative ideas to divert municipal waste from our landfills and remove garbage from our environment is just the sort of thing Clearabee enjoys hearing about and supporting. Clearabee is a rubbish removal company that started about eight years ago on a shoestring budget in the UK. Since then, they have rapidly grown to be the biggest rubbish clearance company in the UK and one of the most influential leaders in sustainability on the world scene.

1 thought on “The Rubbish Clearance Robot Roaming the Chicago River”