Solar Decathlon Africa is an initiative launched by Institute Research Solar Energy Et Energies Nouvelles (IRESEN) and Mohamed VI University under the high patronage of his majesty King Mohamed IV of Morocco. The key aim of Solar Decathlon Africa is to support the solar energy systems and sustainable buildings in Morocco and Africa through an international college-level competition. IRESEN, UM6P and its partners are leading a continent-wide effort to train and educate students to join the Africa’s rapidly growing solar and green buildings market. 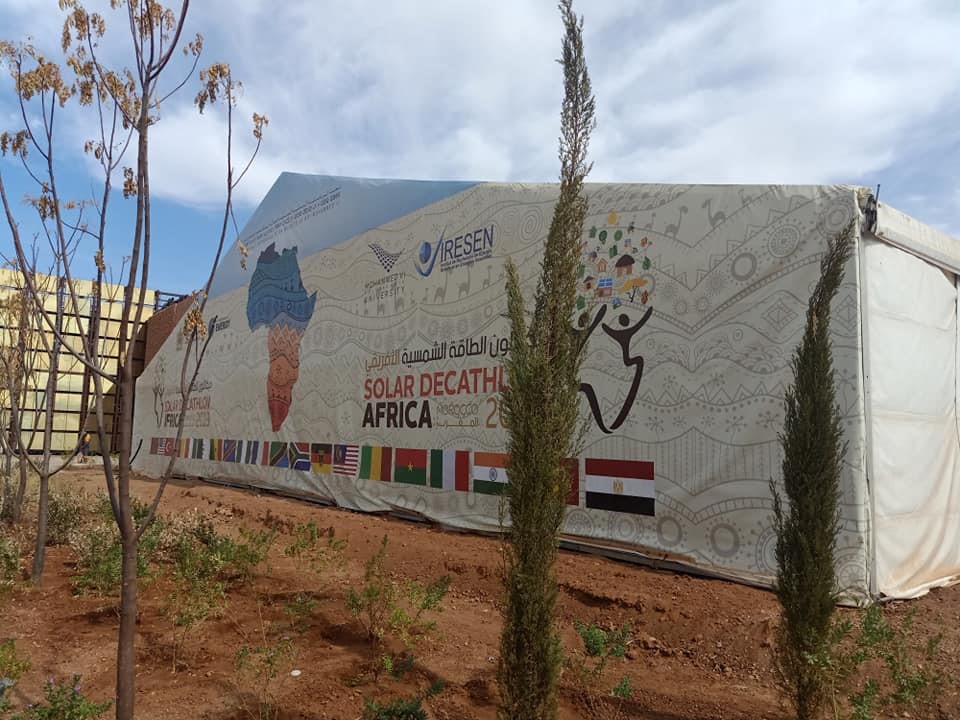 Solar Decathlon Africa 2019 was held in Bengrir a city located in the Marrakesh region in Morocco. The objective of this event was to give young students the opportunity to invent and create sustainable housing. The houses are supposed to be oriented towards the African residential and commercial market to respond to the escalating demand of sustainable housing in Africa.

The student were encouraged to use natural products made in Africa and easily accessible to reduce the cost of the house and encourage local businesses.

The participating teams were not only excited to create eco-friendly house but also keen to use advanced technological solutions to develop smart houses able to control and optimize energy and other aspects of the daily life requirements. 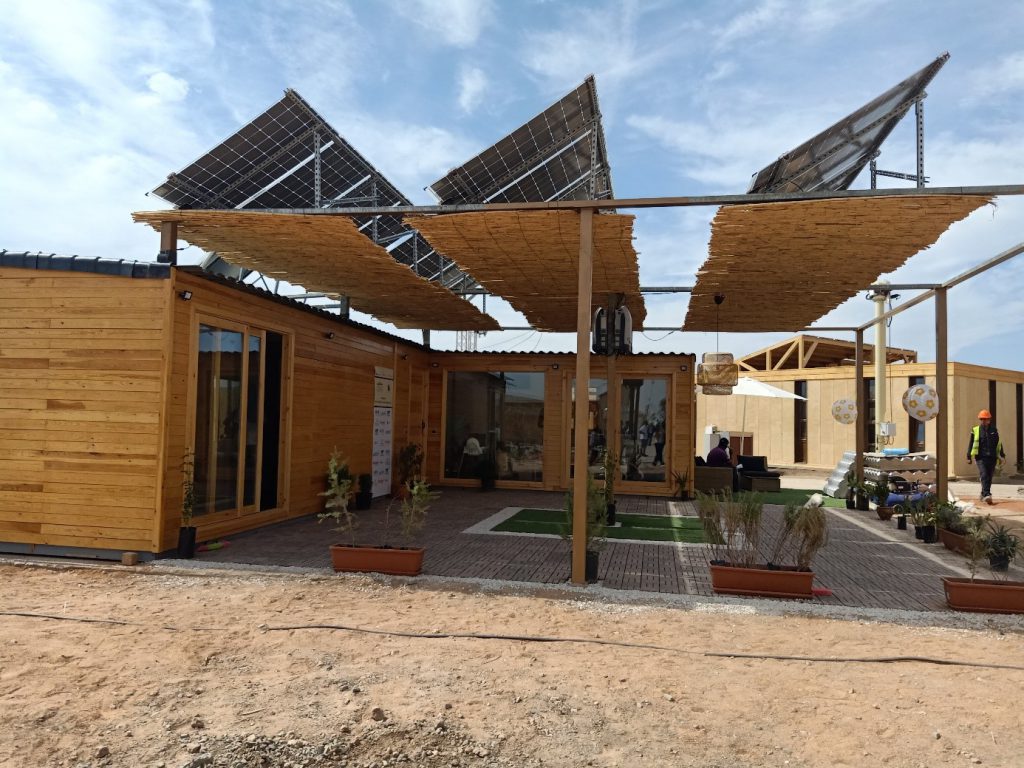 According to Ihssane Zrouli and Salma Boujmiraz, two participants of the decathlon, listening to the consumer was a major part of the project “We wanted to make a house according to the needs and requirements of citizens, a house that will reply to their needs and taste also”.

Unfortunately, the used technology is imported from other developed countries. The energy storage techniques and solar panels are not included in the Made in Africa. However, the participants were hoping for a better future for African Technology since there is a big interest in the subject and a great awareness of its importance for the economic prosperity of the continent.

According to Dr Rachid El Mrabet from IRESEN (Institut de Recherche en Energie Solaire et en Energies Nouvelles) in his keynote address “Morocco is hoping to improve his research and development sector in Renewable Energies. We are also working toward a reverse engineering model, it was a successful business model in China and South Korea, so why not Morocco and Africa”. 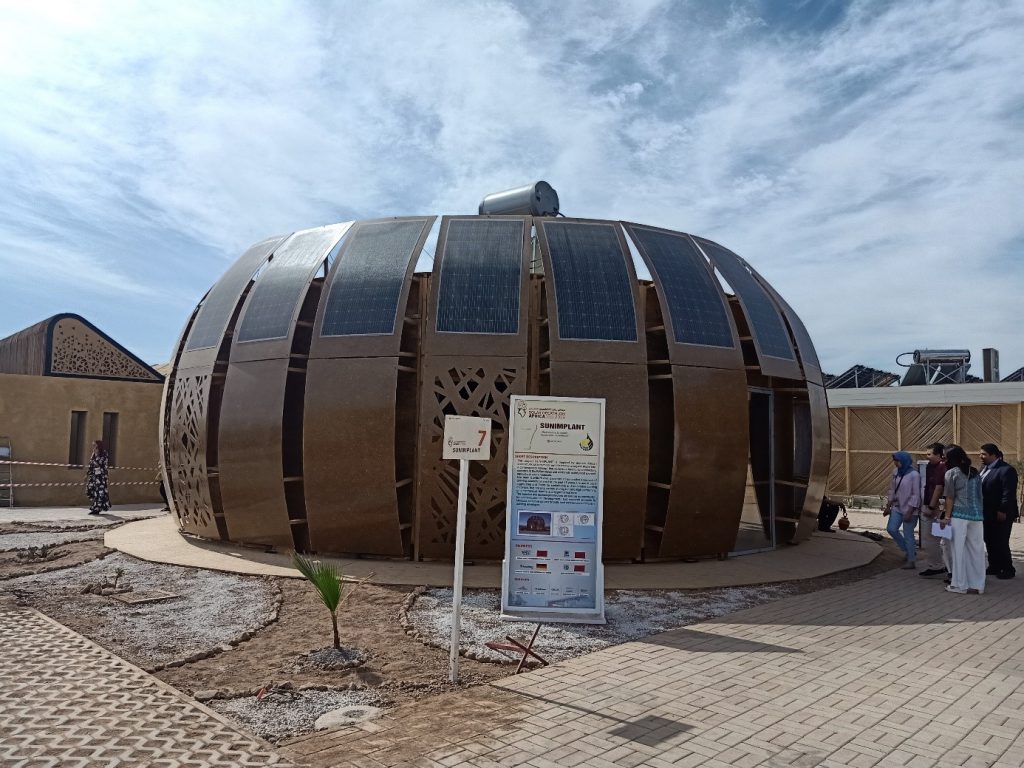 Africa is going to be an important part of the economic world in the future; it is a great market with its growing population and youth power. According to Mrs Yasmine Arsalane, a representative of IEA, our focus in the 2019 World Energy Outlook is Africa, we did even focus on particular African countries in the sub-Saharan region because it was unfair to consider Africa as a single subject and not give attention to the characteristics of each county.

According to a participant from the national school of technology in Morocco, buildings in Africa are symbols of culture, religion and inspired by environment. Each region use local materials, which is affecting the structure and the aesthetics of houses. Some houses are even considered as an extension of the earth. It is a inspiring to be a participant here with my colleagues, it was an opportunity not only to innovate but also to go back to history and connect with the heritage of Africa to find a creative way to incorporate it in our modern lifestyle.

Sara Haddou Amar
Dr. Sara Haddou Amar is Doctor-Engineer and a Researcher. She graduated from Ibn Tofail University (Department of Mathematics). She holds also the position of Morocco representative at the International Youth Federation (IYF). Her current main research perspectives include artificial intelligence and automation of the decision process, Renewable Energy (optimization, Production and transmission networks) and Sustainable Development. Sara has a deep interest in promoting awareness regarding the SDGs (especially ecological and environmental issues), education and youth/women empowerment.