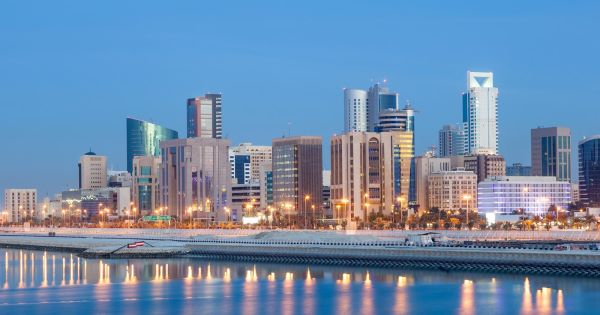 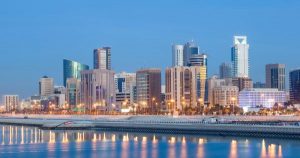 The Kingdom of Bahrain is not only embracing alternative forms of energy for powering the nation such as solar and wind energy, but also setting up the mechanism, process and procedures for individual domestic solar energy generators that can feed excess power into the national electricity distribution network, and contribute to the generation of energy for the nation. Infact, solar energy promises to become an integral component of the national power supply in Bahrain in the near future.

The Promise of Solar

The Kingdom of Bahrain receives very high solar radiation levels and so it is an obvious choice for a more sustainable future in terms of energy production. The nation, up to now, has relied on natural gas and diesel fuel powered plants to generate electricity. A nation that is almost 100 percent dependent on desalination of seawater for drinkable (potable) water which in turn is used for domestic purpose, agricultural irrigation and watering of livestock, and for industrial needs, primarily cooling,

In addition to the high energy demand, the carbon footprint in the region is also extremely high. Therefore, any moves towards embracing alternative energy such as solar, and even wind power, are very positive steps towards securing a “greener” future.

With the present rate of energy consumption of 3,100 MW of electricity and 140 million gallons of desalinated water per day, to move away from a heavy dependence on fossil fuels is very encouraging news. Bahrain, and all the countries of the GCC region, have extremely high energy and water consumption rates per capita. Then with the estimated 10 percent increase per annum in population these energy demands are going to continue to escalate.

According to the CEIC database (raw data supplied by EWA) the annual electricity production in 2016 amounted to 17,176.31GWh (17 billion kWh).  The annual energy demand growth rate is estimated at 10% which means that the natural gas demands will double in 10 years. This rate of gas consumption is far from sustainable and amount of fossil fuels required will not all be available locally.

In light of these data, it is an excellent time for the Kingdom of Bahrain to embrace alternative and renewable energy sources.  Oil was first discovered in the Middle East in Bahrain in 1932 and Bahrain will more than likely be the first Middle East country to run our of its fossil fuel resources. The situation is simply one of increasing energy demand because of growing population and a diminishing fossil fuel reserves to meet the growing future demands.

In an unsustainable situation, government is slowly removing the energy subsidies and raising the prices of these essential utilities as a means to encourage the lowering of domestic energy consumption.  The “Net Metering” system approved by the governing body have processes and procedures for domestic property equipped with solar panels (or other alternative method) that produce electricity from renewable sources, to feed in the surplus energy into Bahrain’s Electricity and Water Authority (EWA) network.

The Bahrain Energy Vision is targeting an achievement level of 5% of the nation’s energy capacity to be sourced from renewable energy by 2025%, and 10% by 2030. Solar energy will be an integral component of these energy targets that will move the nation away from the dependency on natural gas and oil reserves. This will also move the nation towards adopting greater energy efficiency and higher levels of conservation with the introduced reliance on renewable energy and reduced dependence on carbon-based energy resources.

The key projects of the National Renewable Energy Action Plan include the generation of electricity through decentralized generation of solar energy, installation of a wind farm in southern portion of the island, solar PV plant on a closed landfill, and to introduce biogas generation from wastewater treatment plants. Therefore, there are exciting projects ahead that will also create new jobs requiring new sets of skills, during both the construction stage and on-going maintenance stages. And all these measures and actions will move towards a more sustainable future.