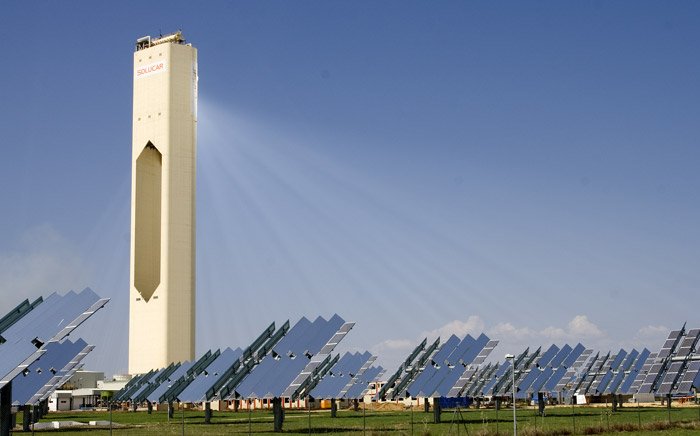 The solar energy potential in Jordan is enormous as it lies within the solar belt of the world with average solar radiation ranging between 5 and 7KWh/m2, which implies a potential of at least 1000GWh per year annually. Solar energy, like other forms of renewable energy, remains underutilized in Jordan. Decentralized photovoltaic units in rural and remote villages are currently used for lighting, water pumping and other social services (1000KW of peak capacity). In addition, about 15% of all households are equipped with solar water heating systems.

Jordan has major plans for increasing the use of solar energy. As per the Energy Master Plan, 30 percent of all households are expected to be equipped with solar water heating system by the year 2020. The Government is hoping to construct the first Concentrated Solar Power (CSP) demonstration project in the short to medium term and is considering Aqaba and the south-eastern region for this purpose. It is also planning to have solar desalination plant. According to the national strategy the planned installed capacity will amount to 300MW – 600MW (CSP, PV and hybrid power plants) by 2020.

One of the most promising potential investments in renewable energy worldwide will be installing more than 250 MW of concentrated solar power (CSP) in Jordan’s Ma’an development zone through different projects developed by the private sector. The upcoming CSP solar power plants in Ma’an would highlight Jordan’s strategy of sustainable energy diversification. The Ma’an Development Area enjoys about 320 days of sunshine a year, with a high level of irradiance that allows over 2500 million kWh of primary energy to be harvested annually from each square kilometre.  At full capacity, the planned flagship CSP plant could meet some 4% of the Kingdom’s electricity needs, reducing the reliance on electricity imports from neighbouring countries. Surplus energy could in turn be sold to Syria, Egypt and Palestine, whose networks are connected to Jordan. Qawar Energy in partnership with Maan Development Area (MDA) has recently announced the launch of its $400 million Shams Ma’an Project, a 100MW photovoltaic (PV) power plant project to come up at the MDA industrial park in Jordan. The project, being undertaken in partnership with MDA, is spread across a two million m2 area, and expected to be ready in 2012. On completion, it will be the largest PV plant in the world that will position Jordan on the global renewable energy map attracting investments, technologies and knowhow. It aims to utilize approximately 360,000 to 2 million PV/CPV panels and produce around 168 GWh per year

On the other hand, Jordan’s Badr Investments is leading a consortium to raise up to US$425 million for another 100 MW concentrating solar power (CSP) plant in Ma’an. The newly-formed consortium, YATAGAN, is collaboration between Badr Investments, Chescor Capital, Maisam Architects & Engineers and Parsons Brinckerhoff, as well as a number of regional and international companies.

California-based company Ausra has been chosen to supply solar steam boilers to the 100MW JOAN1 concentrated solar thermal power (CSP) project in development in Ma’an. The JOAN1 project is expected to enter operation in 2013 and will be the largest CSP project in the world using direct solar steam generation. JOAN1 will be based on Ausra’s reflector technology to power the plant’s solar steam cycle and generate up to 100 MW of electricity. JOAN1 will use dry cooling to conserve water. Ausra plans to install an advanced manufacturing facility in Jordan in order to supply JOAN1 with its solar steam boilers.