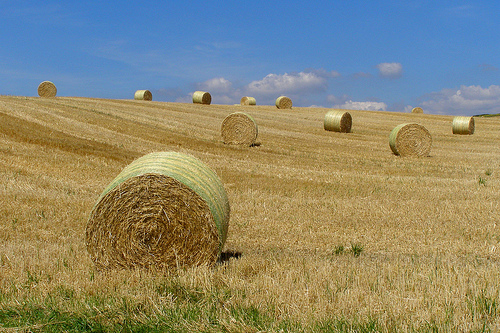 A wide range of thermal technologies exists to convert the energy stored in biomass to more useful forms of energy. These technologies can be classified according to the principal energy carrier produced in the conversion process. Carriers are in the form of heat, gas, liquid and/or solid products, depending on the extent to which oxygen is admitted to the conversion process (usually as air).

The three principal methods of thermo-chemical conversion are combustion (in excess air), gasification (in reduced air), and pyrolysis (in absence of air).

Conventional combustion technologies raise steam through the combustion of biomass. This steam may then be expanded through a conventional turbo-alternator to produce electricity. A number of combustion technology variants have been developed. Underfeed stokers are suitable for small scale boilers up to 6 MWth. Grate type boilers are widely deployed. They have relatively low investment costs, low operating costs and good operation at partial loads. However, they can have higher NOx emissions and decreased efficiencies due to the requirement of excess air, and they have lower efficiencies.

Fluidized bed combustors (FBC), which use a bed of hot inert material such as sand, are a more recent development. Bubbling FBCs are generally used at 10-30 MWth capacity, while Circulating FBCs are more applicable at larger scales. Advantages of FBCs are that they can tolerate a wider range of poor quality fuel, while emitting lower NOx levels.

Gasification of biomass takes place in a restricted supply of oxygen and occurs through initial devolatilization of the biomass, combustion of the volatile material and char, and further reduction to produce a fuel gas rich in carbon monoxide and hydrogen. This combustible gas has a lower calorific value than natural gas but can still be used as fuel for boilers, for engines, and potentially for combustion turbines after cleaning the gas stream of tars and particulates. If gasifiers are ‘air blown’, atmospheric nitrogen dilutes the fuel gas to a level of 10-14 percent that of the calorific value of natural gas. Oxygen and steam blown gasifiers produce a gas with a somewhat higher calorific value. Pressurized gasifiers are under development to reduce the physical size of major equipment items.

A variety of gasification reactors have been developed over several decades. These include the smaller scale fixed bed updraft, downdraft and cross flow gasifiers, as well as fluidized bed gasifiers for larger applications. At the small scale, downdraft gasifiers are noted for their relatively low tar production, but are not suitable for fuels with low ash melting point (such as straw). They also require fuel moisture levels to be controlled within narrow levels.

Pyrolysis is the term given to the thermal degradation of wood in the absence of oxygen. It enables biomass to be converted to a combination of solid char, gas and a liquid bio-oil. Pyrolysis technologies are generally categorized as “fast” or “slow” according to the time taken for processing the feed into pyrolysis products. These products are generated in roughly equal proportions with slow pyrolysis. Using fast pyrolysis, bio-oil yield can be as high as 80 percent of the product on a dry fuel basis. Bio-oil can act as a liquid fuel or as a feedstock for chemical production. A range of bio-oil production processes are under development, including fluid bed reactors, ablative pyrolysis, entrained flow reactors, rotating cone reactors, and vacuum pyrolysis.