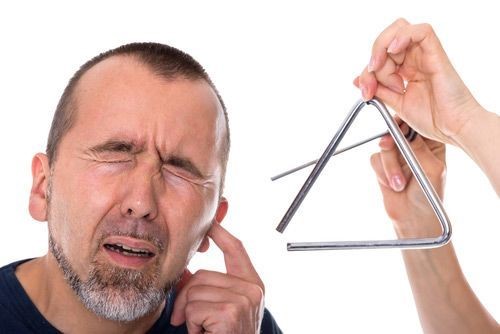 Ringing in the ears can either be just a mild problem in your health or a severe problem. It is natural to hear your ears “pop” after riding on a fast vehicle up a mountain, but if this happens to you often even when you have been inside your room, it’s time to consult with your doctor. It could be one of a wide variety of problems that are connected to your ears and the things connected to them, or you might have tinnitus. Even tinnitus itself can be a sign of a bigger problem.

Tinnitus is the condition in which you get ringing sensations in your ears. Some of the symptoms of tinnitus are hearing sounds that don’t really exist, hearing a sound differently from the other ear, hearing sounds that change even when such sounds don’t really change, suffering from psychological problems due to feeling disturbed by all of these weird noises, hearing sounds that interfere with your ability to hear real sounds, trouble concentrating, and speech problems. Tinnitus may happen on only one ear or both ears.

Tinnitus is often caused by bigger disorders, but it is rare for tinnitus to be a part of truly severe disorders. Not because you hear things means you have tinnitus, though, since many other conditions make noises in the ears. Be sure by consulting with your doctor. Tinnitus can be a part of any disorder.

Tinnitus is hard to treat and people with severe tinnitus can’t be treated because their ears already have permanent damage. What home tinnitus treatment does is help in the coping and adjustment with the changes that tinnitus gives. These treatments include counseling, hearing aids, and reduction of stress. Some people with tinnitus also have hearing loss and most of hearing aids that are rechargeable today include tinnitus features to help mask unwanted sounds. You can also avoid loud noises, alcohol, and drugs.

Be careful with the removal of earwax when cleaning your ears by not sticking anything inside your ear canal. To help yourself sleep, listen to rain sounds and other soothing sounds. The hum of appliances like electric fans and the washing machine can also help you sleep. Change your lifestyle to suit your condition.

It’s important to become educated on the matter of tinnitus. You will know how to treat your tinnitus if you know lots about it, right? Read up on books about it, and join support groups where you are taught how to cope with and manage tinnitus.

Experts advise that it’s important to learn how to cope with tinnitus because the condition has emotional side effects such as depression and anxiety. You can also wear earplugs if you find yourself in places where noise is unavoidable. Also, talk to your doctor about the proper way to treat your ears and your tinnitus.

Even More Treatments for Tinnitus

You can also take cognitive behavioral therapy to help you deal with tinnitus further. The therapy is supposed to help you control how your brain reacts to certain sounds that cause different levels of stress. Adjusting your usual medication and taking therapy will be helpful for you.

A speech problem, depression, and hearing things are some of the signs that you have tinnitus. Consult with your doctor to make sure it’s tinnitus because ringing in the ears is a symptom that belongs to a wide variety of disorders. If it’s tinnitus, treatments include therapy, stress reduction, and the avoidance of noise. You can’t live next to a firing range if you have tinnitus.