San Antonio, Texas, is not only a great place to live but is becoming a top tourist destination, especially after being named one of the top 15 U.S. cities by Travel + Leisure magazine. San Antonio is famous for its Spanish colonial missions and the battle surrounding one of them. The city offers an eclectic food scene from Tex-Mex to BBQ to farm-to-market cuisine. Advertising in San Antonio is ideal for reaching the city’s exciting, ethnically and culturally diverse residents and visitors. 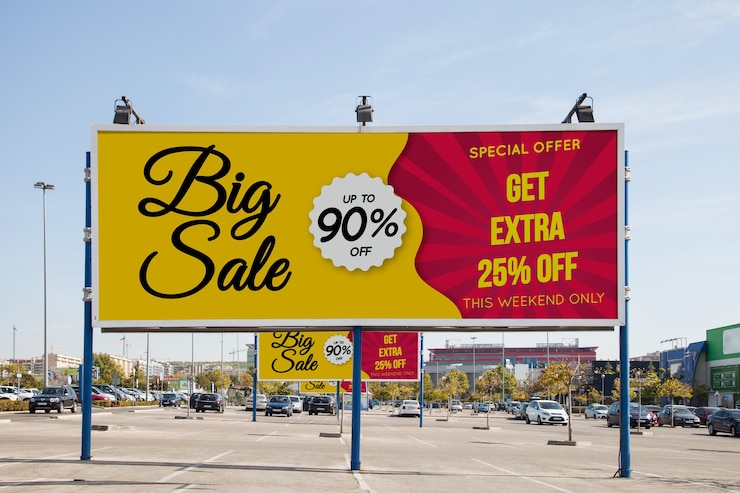 Where Are the Best Place to Advertise in San Antonio?

One of the most important aspects of marketing is location. When it comes to where you should place your san antonio billboards there is no shortage of options. Aesthetics, marketing, and design are all essential, but none of them are as crucial as location. It doesn’t matter how impressive your marketing campaign is if the target audience doesn’t see it.

The first step to developing a successful billboard marketing strategy in San Antonio, or anywhere else for that matter, is to identify popular tourist attractions. You can then target the highways and roads leading to the tourist attraction as prime locations for billboards based on the radius around the attraction.

San Antonio ranks seventh on the list of largest cities in the United States. It’s no surprise that there are so many things to do in San Antonio. There are a number of well-known attractions that can provide maximum exposure for your San Antonio billboards.

This five-mile stretch of the river in downtown San Antonio, also known as Paseo del Rio, is one of the most popular attractions, lined with homes, shops, museums, hotels, and restaurants.

Another top attraction in San Antonio, one of the most historical battles of the Texas Revolution, was The Battle of the Alamo. Each year more than three million Americans visit the Alamo.

Located on the outskirts of San Antonio, this fun amusement park offers a staggering array of attractions and entertainment options for the whole family and plenty of shops and restaurants. A wide variety of people flock to it every year.

There is little else in the world that Americans love as much as our sports. This passion for contest and competition has created a perfect space in which marketing and sales tactics flourish. By making use of the sport-stadiums and arenas in and around San Antonio, organizations have direct access to, quite literally, millions of fans.

This multi-purpose indoor stadium was once home to the NBA’s San Antonio Spurs, but now it is home to the University of Texas at San Antonio (UTSA) Roadrunners. Sporting events such as football, basketball, and hockey can be accommodated in the facility. Every year, tens of thousands of people flock to this iconic domed venue with a seating capacity of 64,000 fans.

One of the newest and most modern arenas in the NBA, the AT&T Center is the home of the San Antonio Spurs. There are 18500 seats on three levels including 50 luxury suites. Every year, more than 250 events are held at the AT&T Center, bringing in visitors from all over the world.

Almost 260 flights arrive and depart from the San Antonio International Airport every day, making it a popular spot to advertise to locals and tourists. The airport is just one of many places where San Antonio billboards continue to be effective and successful at captivating, engaging, and transforming consumers into customers. Throughout the city, many travel hubs provide excellent advertising opportunities. Furniture ads, wall-scaping, and transit-based marketing tactics easily reach San Antonio consumers.

Lastly, and arguably the most obvious location, are busy roads and highways that commuters regularly use. Some of the region’s most impactful and successful billboards can already be seen along Interstate 10, Interstate 35, and Interstate 410. Organizations can gain the competitive advantage and brand awareness they desire in a town like San Antonio by identifying and taking advantage of these opportunities.

Advantages of Advertising on Billboards

Advertising plays an essential role in any company’s marketing strategy. Having a physical and engaging billboard has many advantages. Here are a few of them:

1. Less Expensive Than Other Advertising Methods

There is a hefty price tag attached to television advertisements. Billboard ads are much less expensive, making it possible for businesses of all sizes to utilize this type of advertising.

Billboards have been in use for many years. As a result, people working in that field have a lot of experience. Their expertise lies in designing the best billboards for the right products and services.

When it comes to technology, dynamic billboards are very advanced. The content displayed on these billboards can easily be changed. By changing the content of a billboard, one billboard can be used for many advertisements.

There is no doubt that billboard advertising is one of the most effective forms of advertising. Even with the amount of time and energy spent online, outdoor advertising still strikes differently and has proven just as effective, if not more so, than online marketing. Billboards are a classic form of outdoor marketing, and they can hugely impact sales for a given company. Make your company stand out by investing in San Antonio billboards today.