Combined Heat and Power (CHP) is the simultaneous generation of multiple forms of useful energy (usually mechanical and thermal) in a single, integrated system. In conventional electricity generation systems, about 35% of the energy potential contained in the fuel is converted on average into electricity, whilst the rest is lost as waste heat. CHP systems use both electricity and heat and therefore can achieve an efficiency of up to 90%.

The success of any biomass-fuelled CHP project is heavily dependent on the availability of a suitable biomass feedstock freely available in urban and rural areas. 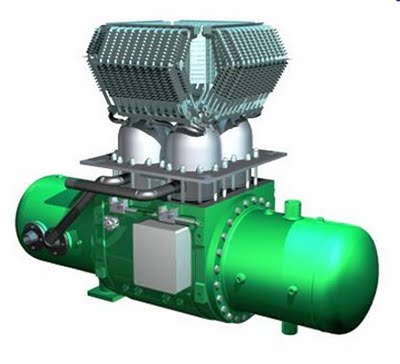 Steam turbines are the most commonly employed prime movers for large power outputs. Steam at lower pressure is extracted from the steam turbine and used directly or is converted to other forms of thermal energy. System efficiencies can vary between 15 and 35% depending on the steam parameters.

Cofiring of biomass with coal and other fossil fuels can provide a short-term, low-risk, low-cost option for producing renewable energy while simultaneously reducing the use of fossil fuels. Biomass can typically provide between 3 and 15 percent of the input energy into the power plant. Most forms of biomass are suitable for co-firing.

A gas turbine system requires landfill gas, biogas, or a biomass gasifier to produce the gas for the turbine. This biogas must be carefully filtered of particulate matter to avoid damaging the blades of the gas turbine.

Stirling engines utilize any source of heat provided that it is of sufficiently high temperature. A wide variety of heat sources can be used but the Stirling engine is particularly well-suited to biomass fuels. Stirling engines are available in the 0.5 to 150 kWe range and a number of companies are working on its further development.

A micro turbine recovers part of the exhaust heat for preheating the combustion air and hence increases overall efficiency to around 20-30%. Several competing manufacturers are developing units in the 25-250kWe range. Advantages of micro-turbines include compact and light weight design, a fairly wide size range due to modularity, and low noise levels.

Fuel cells are electrochemical devices in which hydrogen-rich fuel produces heat and power. Hydrogen can be produced from a wide range of renewable and non-renewable sources. A future high temperature fuel cell burning biomass might be able to achieve greater than 50% efficiency.