Trigeneration or CCHP (combined cooling, heat and power) refers to the simultaneous generation of electricity and useful heating and cooling from the combustion of any fuel. Conventional coal or nuclear-powered power stations convert only about 33% of their input heat to electricity. The remaining 67% emerges from the turbines as low-grade waste heat with no significant local uses so it is usually rejected to the environment.

In a trigeneration system, the supply of high-temperature heat first drives a gas or steam turbine powered generator and the resulting low-temperature waste heat is then used for water or space heating. Such systems can attain higher overall efficiencies than cogeneration or traditional power plants, and provide significant financial and environmental benefits.

Trigeneration is one step ahead of cogeneration that is the residual heat available from a cogeneration system is further utilized to operate a vapor absorption refrigeration system to produce cooling; the resulting device thus facilitates combined heat power and cooling from a single fuel input.

The heat produced by cogeneration can be delivered through various mediums, including warm water (e.g., for space heating and hot water systems), steam or hot air (e.g., for commercial and industrial uses). It is also possible to do trigeneration, the production of electricity, heat and cooling (through an absorption chiller) in one single process. Trigeneration is an attractive option in situations where all three needs exist, such as in production processes with cooling requirements. Trigeneration has its greatest benefits when scaled to fit buildings or complexes of buildings where electricity, heating and cooling are perpetually needed. Such installations include but are not limited to data centers, manufacturing facilities, universities, hospitals, military complexes and colleges.

Localized trigeneration has addition benefits as described by distributed generation. Redundancy of power in mission critical applications, lower power usage costs and the ability to sell electrical power back to the local utility are a few of the major benefits.

Most industrial countries generate the majority of their electrical power needs in large centralized facilities with capacity for large electrical power output. These plants have excellent economies of scale, but usually transmit electricity long distances resulting in sizable losses, negatively affect the environment. 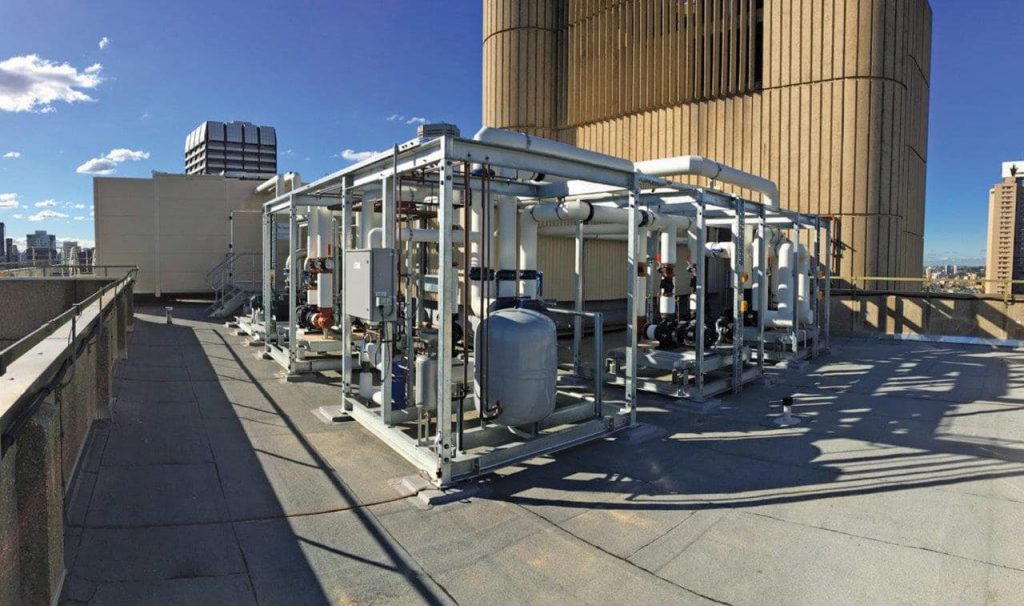 Large power plants can use cogeneration or trigeneration systems only when sufficient need exists in immediate geographic vicinity for an industrial complex, additional power plant or a city. An example of cogeneration with trigeneration applications in a major city is the New York City steam system.

One of the technologies that have the best performance for being integrated into a trigeneration system is the fuel cell. Systems working on fuel cell technology can transform the energy of a chemical reaction into electrical energy, heat and water. Its main practical applications range from bulk production of electricity and heat to its use in sectors such as aerospace, maritime or surface transport and portable devices.

1 thought on “Everything You Need to Know About Trigeneration”