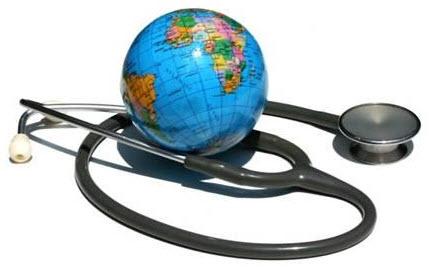 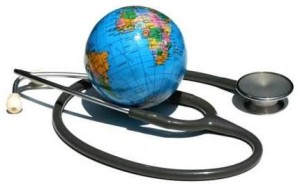 Climate change represents a real threat to human rights. It should be treated seriously to prevent the breakdown the biodiversity harmony of the planet and well-being of the people. Climate justice holds paramount importance in order to safeguard the health and livelihoods of most vulnerable communities.

Despite the various contradictory stories concerning the real impact of climate change on the planet and the its inhabitants, the IPCC’s 5th Assessment Report in 2014 unequivocally confirmed that climate change is real and that human-made greenhouse gas emissions are its primary cause. A recent report in October 2018 rang the alarm bells and supported the call to keep the global warming under 1.5 degrees Celsius above industrial levels. The impact of global warming is already noticeable with the increasing frequency of natural disasters, rising sea levels, floods, heat waves, droughts, desertification, water scarcity etc.

One of the iconic climate change statements that left a profound impact and changed my perception on the subject is the TEDWomen Talk by Mrs. Mary Robinson, the former president of Ireland. Mrs. Robinson stated that the negative impacts of climate change are unduly borne by communities already in disadvantageous situations. For example, in 2015 Malawi was devastated by flooding that covered one-third of the country’s surface, leaving over 300 people killed, and the country suffered economic and social damage due to sudden climate change. However, statistically, the average person in Malawi emits about 80 kg of CO2 every year while the average US citizen emits approximately 17.5 metric tons of CO2 annually.

The impact of climate change of human rights was recognized officially by the UN Framework Convention on Climate Change (UNFCCC) and the UN Human Rights Council. Scientists and researchers are ringing the alarm bells and are predicting more natural catastrophes in the near future. The impact of climate changes will transform the environment of various areas, causing serious consequences on the health, safety and prosperity of the people.

At the Intergovernmental Migration Pact signing in Marrakesh in December 2018, climate change was recognized as the top driving factor behind migration. The impact of environmental changes is forcing families to change their location and leave their homes in the search for basic human rights. such as food and shelter.

A recent report was issued in January 2019 linking for the first time the impact of climate change with the movement of Arab Spring refugees. The study that was published in the journal Global Environmental Change, used data from asylum applications in 157 countries from 2006-2015, together with an index that measures droughts, as well as figures tracking battle-related deaths, to assess the links between climate change, conflict and migration.

The statistical analysis showed an interesting correlation between climate stresses and conflict in parts of the Middle East and North Africa from 2010–2012, when many countries were undergoing political transformation (Tunisia, Libya, Yemen and Syria).  The study also highlighted climatic link with conflicts that triggered migration in sub-Saharan Africa over the same three years.

In Morocco, more and more families are forced to leave their homes in rural areas in search of better resources in cities due to record drought conditions in recent years. This movement has led to the construction of shantytowns and the increase in living cost in cities. Lack of security, transportation, health centers and schools are also the resultant problems.

The Call for Change

The ability of populations to mitigate and adapt to the negative consequences of climate change are shaped by factors such as income, race, class, gender, capital and political representation. Usually, low and middle incomes families are the ones to suffer from the bad consequences of environmental change. They can afford to change the situation and pay for services to overcome the lack of natural resources.

Those natural resources are in most cases (e.g., rural area in Morocco) represent the only source of living and their employment source. The climate change is having detrimental impacts not only on the well-being of these families but also affect their economic and social stability. Simply speaking, those who are least responsible for climate change suffer its gravest consequences.

Climate justice should target the source of the problem, which is climate change. People have the right to be aware of the real source of the misery and the change they have endured. We need to fight climate change and stop the use of fossil fuel energy. We need to base our consumption on renewable energy and harness the potentials of windy and sunny areas such as the African desert.

“Be the change you want to see in the world” – Gandhi

Our individual behavior should change. The fight of climate change is not only an issue addressed in international conference but also can be made locally. David Suzuki Foundation proposed ten ways to reduce and fight climate change:

Sara Haddou Amar
Dr. Sara Haddou Amar is Doctor-Engineer and a Researcher. She graduated from Ibn Tofail University (Department of Mathematics). She holds also the position of Morocco representative at the International Youth Federation (IYF). Her current main research perspectives include artificial intelligence and automation of the decision process, Renewable Energy (optimization, Production and transmission networks) and Sustainable Development. Sara has a deep interest in promoting awareness regarding the SDGs (especially ecological and environmental issues), education and youth/women empowerment.