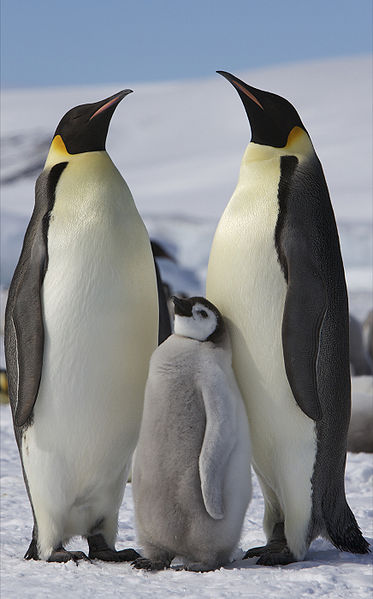 The Antarctic Peninsula is among the region that is warming the fastest and the melting of its glaciers is contributing to global sea level rise. The climate change is threatening the existence of one of the most popular symbols of Antarctica – the penguin. The environmental conservation group WWF has warned that rising temperatures and resulting loss of sea ice is posing a grave threat to penguins’ nesting grounds.

Atleast four species of penguin are fighting for their survival due to loss of nesting sites and food shortages. The most vulnerable of the four species at risk is the Emperor, renowned for nursing its solitary egg on its feet throughout the long Antarctic winter.

The specific responses of penguins to climate change include: poleward shifts in geographic distribution; range contraction (or expansion); changes in the timing of biological events and changes in predator/prey interactions. Penguins are extremely sensitive to prey availability and this is evident from data matching population growth/decline to phytoplankton blooms in the area.

They are limited as to how far they can travel for food and depend on predictable food sources in predictable places. Penguins seem to be very slow adapters, and information from the last 8000 years suggests they will respond to a changing environment by dispersal rather than microevolution.

Adélie Penguins (Pygoscelis adeliae) lives on or close to sea ice all its life but only breeds on land without ice. Over the past couple of decades, populations of Adélie penguins have decreased dramatically along the northwestern coast of the Antarctic Peninsula due to warmer temperatures and decreasing sea ice,. 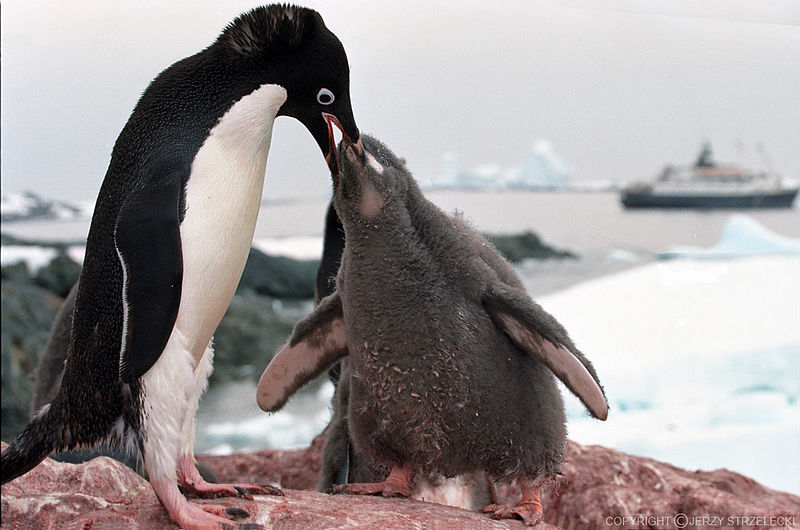 This trend is likely to expand to other geographic locations and existing colonies could stop growing or even disappear. This would especially be the case for Adélie penguins in the Antarctic Peninsula region and East Antarctica. The Adélie population in the north-west Peninsular has dropped 65 per cent in the last 25 years and the Chinstrap and Gentoo have moved in as competitors as the sea ice has disappeared.

Emperor Penguins (Aptenodytes forsteriis) are the largest and probably best-known of the penguin species and breeds during the cold, harsh winter, surviving through blizzards, darkness and extremely low temperatures. In May or June, the female lays one egg and then makes the long walk back to open water, eating again for the first time in about two months. The male keeps the egg protected and nurses its solitary egg on its feet throughout the long Antarctic winter when temperatures can drop to almost -50ºC.

The Emperor is thought to be the most vulnerable of all Antarctic species to climate change. Under 2°C global warming and the projected decrease in sea ice thickness and increase in open water area, Emperor penguins will find it increasingly difficult to find new nesting areas. They may not be able to follow their food as coastal development claims their breeding habitat, or their food may disappear as fishers take more and more of their prey. Chinstrap Penguins (Pygoscelis antarctica) are only found where sea ice is minimal at the northern tip of Antarctica – mainly on the Antarctic Peninsula – and on the sub-Antarctic islands (Shetland, Orkney and Sandwich). They breed on land that is free of snow and ice, one month later than the Adélie. Males and females take shifts of three to eight days to incubate their two eggs.

One parent guards the nest while the other goes back to the sea to feed. With fewer cold years and less sea ice, the region has become more suitable for these open-water penguins, at least temporarily. On the other hand, some Chinstrap colonies around the South Shetland and South Orkney islands have actually begun to decrease by 30-66% owing to a scarcity of food available, particularly for young penguins.

Gentoo Penguins (Pygoscelis papua) can be found on the Antarctic Peninsula, the surrounding islands, as well as on the sub-Antarctic islands. Gentoo Penguins breed on land, looking for fish and krill in the open sea near their colonies. They remain around their breeding islands all year. Males and females take turns every few days to incubate their two eggs in the nest, and they never fast during the breeding season.

In recent decades, the number of Gentoo has, generally, been decreasing almost everywhere. Only where sea ice has recently disappeared along the coast of the northwest Antarctic Peninsula have small numbers of this open-water species been increasing. In areas south of the South Shetlands on the west coast of the Antarctic Peninsula, fewer cold years and less sea ice are making the region increasingly suitable for Gentoos. Like the Chinstrap, Gentoo Penguins prefer open water over sea ice.

3 thoughts on “How Climate Change is Threatening the Existence of Penguins?”