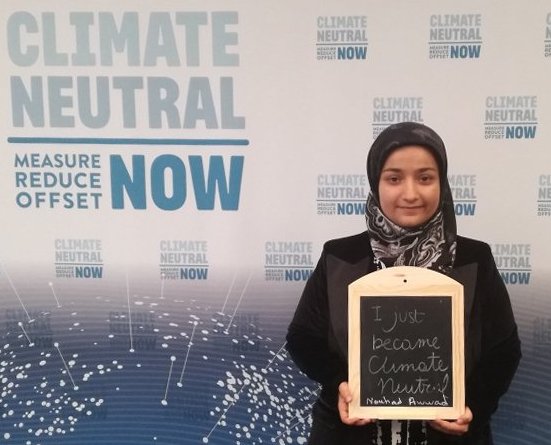 COP23 was held in Bonn, Germany at the United Nations Framework Convention on Climate Change (UNFCCC) headquarters. COP23 was my third consecutive conference and I was on a party badge in COP21 and COP22. This time I was an observer and YOUNGO (youth representative) focal point for 2017. Every COP is different, and each has its own challenges and opportunities.

Meeting other youth from around the world all working to bring solutions to address climate change was a lifetime experience, not to mention reconnecting with old friends and being introduce to experienced negotiators, ministers, researchers, UN employees, professors and Climate Change specialists.

There were four people who, upon meeting them, I felt there was a turning point for me at COP23. First was the President of the UN General Assembly, Miroslav Laják, who I was able to meet with for 30 minutes in which we discussed climate change, migration, water shortage, sustainable development goals, and peace. I also held a meeting with the Deputy Minister of the Environment in Iraq on youth engagement in the policy process, which was a major highlight for me.

Ambassador Deo Saran and Ms. Ashwini Prabha have been supportive to civil society in their climate actions and their work to engage more youth. I first met them at the Climate Chance in Agadir and was able to reconnect with them both at COP23.

Perhaps most impressive was my opportunity to meet Her Excellency Patricia Espinoza several times. I was inspired in hearing Mrs. Espinoza speak during the open session dialogue where she stated that, “we must start setting an example for people around the world,” and that “youth must take power and we can make a difference.”

COP23 had many high-level meetings, interventions, workshops, seminars, and various interactions that ensured my experience there was informative and impressionable.

This year, the first ever Party and Observers Stakeholders Dialogue happened at COP23. I was glad to see governments working with the COP23 Presidency to create a space where observers and governments can sit together at one table in the inclusive and transparent spirit of the Paris Agreement.

After three years it is very obvious to me that the current actions on ground are not enough to halt Climate Change. We must have policies in place that lower our contribution to climate change and reverse the effects. I believe it is possible, especially when societies commit to being carbon neutral and work together towards a more sustainable future.