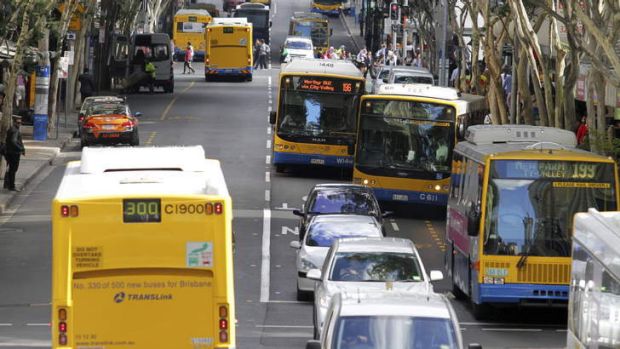 If you want to save the world, then you should use public transport— or that’s the idea that’s promoted by governments the world over, anyway. We can all acknowledge that the fewer cars there are on the road, the better, but public transport still doesn’t feel like a viable alternative to your own motor.

We do have to look to the future though. Along with sustainable transport solutions for the next generation of vehicles, improving existing public transport infrastructure is a viable method of reducing the number of gas-guzzling cars on the road.

At present, public transport is only offering a half-solution; you can’t just tell people to use it more without examining the overall service that is provided. There’s a reason people are continuing to use cars; because public transport, at present, isn’t working for them. Here are some relatively simple changes that could be implemented immediately, and would improve the usefulness of public transport for everyone.

Most of us value our privacy, but public transport tends to rob us of this simple human need. You’re forced to sit close to people you don’t know, taking up each other’s space. This alone can be enough to make you want to avoid bus or train journeys, so the privacy factor is going to have to be dealt with if more people are to take public transport in future.

Anyone who has ever taken a local bus will know that the timetable is largely a guess. You can expect the bus to arrive within a rough half-hour slot, not to precise timings. In the busy modern world, this is unacceptable; public transport is going to have to become a lot more reliable. With mobile apps and GPS tracking, this should be a feasible change that can be implemented across the world.

For those who work for businesses that operate non-standard working hours, public transport is rarely an option. If you shift starts at 10pm and ends at 6am, then you’re usually going to have to use private transport for at least part of each commute. If public transport is ever going to replace the personal car, it’s going to need to adapt its timetables to suit the modern, shift-based working patterns many of us live in.

Perhaps the most effective way of convincing people to use public transport is to make the option far faster than driving your own car. We’re all used to bus lanes through city centers, but these need to be extended out into commuter, satellite areas. The promise of being able to get to work in half the time could be enough to make commuters abandon their personal car for good.

Public transportation can be the option for the future, but only if it changes and updates with the times. We all want a greener future, so here’s hoping that transport infrastructure and technology is going to help us get there.