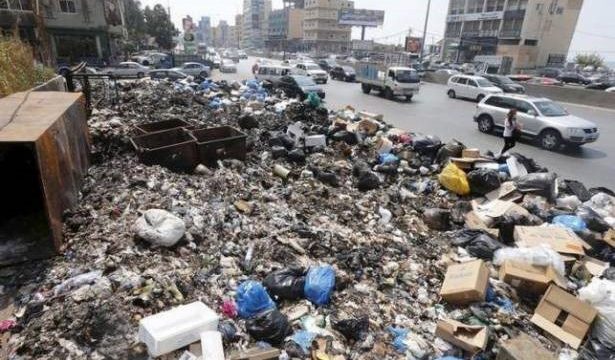 Solid waste management in Lebanon has been hogging limelight globally in recent years. Unfortunately, Lebanon is struggling to solve the waste crisis with no permanent solution in sight.  The organic content in Lebanese MSW is around 50-55% which makes it a well-suited for composting and anaerobic digestion. Recyclables content is also good, though recycling is in early stages and mostly practiced by the informal sector.

In Lebanon, the predominant waste management method is dumping. Municipal waste is dumped; industrial waste is either burned or sold. Hazardous waste, such as healthcare wastes and used batteries are treated unscientifically and there are hardly any laws or regulation to regulate and handle them.

The environmental law 444 had defined some regulation concerning SWM. Some listed waste types can be sold, stored, used or transported on Lebanese territory but hazardous waste cannot be. It specified the dumpsite characteristics, the system to be developed by Ministry of Environment, and the conditions to import sub-waste products. It divided Lebanon into four areas: the Bekaa Valley and Baalbek, Beirut and Mount Lebanon, northern Lebanon and Akkar, southern Lebanon and Nabatiyeh. The problem was obvious in Beirut and Mount Lebanon.

State of the Affairs

The solid waste of Beirut and Mount Lebanon used to be transferred to Naameh Landfill. Sukleen, a subsidiary of Averda, is responsible for collecting, sorting, composting and landfilling 2800 tons per day of municipal waste from Beirut and Mount Lebanon except for Jbeil district and some villages. It collects 89% of the Lebanese solid waste. This private company was contracted in 1998 under an emergency plan. The contract was renewed in 2001 to June 16, 2015.

People closed it on June 17, 2015, since it was emitting bad odors that annoyed the villagers nearby and because they correlated the landfill presence to the increase in cancer incidence among them.  People did a previous demonstration in January 2015 they asked to close it since it has reached its capacity.

Emergence of a Big Crisis

After the closing in June 2015, waste accumulated on the streets. Politicians started trying to solve the problem. One of the proposed solutions was to ship waste outside Lebanon to Africa Holland and Russia.  Environmental activists and academics proposed an “alternative solid waste management plan” on September 29, 2016, to treat the accumulated waste on streets but the government did not take into consideration.  Some suggest adopting waste to energy technology, which will solve problems in Lebanon; it will decrease the amount needed for dumping by 90%. And it will help in generating electricity for a sector that deficiency. Some say if it is done properly, the incineration will not cause problems. Other says it will emit dioxins and furans which causes cancer. Many other solutions were suggested but the government went with landfilling solution.

Preliminary studies estimates that the cost of processing the current landfills scattered in many areas of the mountain and coastline may reach 600 million US dollars and that Lebanon needs to at least two hundred million US dollars approximately every three years if they were adopted treatment plans through landfills promoted. These landfills are not divided between areas for balanced development; they are distributing contamination all over Lebanon.

The crisis was solved in an unsustainable way in March 2016, after 8 months, when the government reopened the Naameh landfill for two months. The Council of Ministers Resolution No. 1 Date 01/12/2015 defined that the areas chosen are degraded sites that need rehabilitation; for example quarries and/or random dumpsites. For four years, waste will be dumped in two temporary sites in Bourj Hammoud and Costa Brava.  This contradicts with Barcelona convention that Lebanon signed since the Costa Brava is a coastal area. Last year, gull birds gathered near the Costa Brava site, which falls near the airport; they shot the birds. This is against Barcelona convention. So double environmental crime.

The government also gave incentives for municipalities who handle its waste. This solution ignored an important component, which is raising awareness on sorting from source, and on the 3Rs. Unfortunately, none was held accountable for the crisis. The solution is sorting from source. Landfilling is not a proper solution due to space limit and due to the flat geographical nature of nature, which make it unable to protect groundwater from any contamination; incineration is cancerous. It is time to adopt sustainable solution that protects our planet and our health.

1 thought on “Waste Crisis in Lebanon”