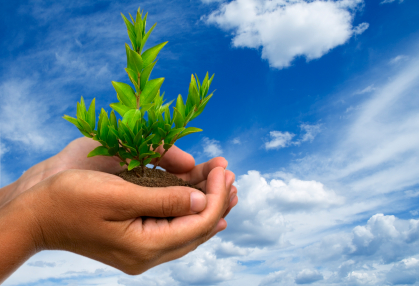 It provides a framework for the regulation of whaling industry and proper conservation of whale stocks.

GATT has important implication for environmental protection and it promotes free trade around the glove. Article XX of GATT permits trade restrictions to meet environmental objectives so long as they are not arbitrary or discriminatory.

Under this treaty, any nuclear explosions in Antarctica and the disposal thereof radioactive waste material shall be prohibited. The main aim of this treaty is to keep Antarctica peaceful and free from nuclear and military testing.

It provides framework to prevent the worldwide loss of wetlands through wise use and management of the remaining wetlands. It covers both natural and man-made habitat that can be classified as wetlands. Wetlands include rivers, coral reefs, swamps, marshes, lakes, salt marshes, mudflats, mangroves, coral reefs, fens, peat bogs, or bodies of water – whether natural or artificial, permanent or temporary.

It is a convention which provides obligation for entire international community to cooperate in concerning the protection of World Cultural and Natural Heritage. Since its approval in 1972, it has become one of the most effective and important mechanisms for the protection of sites and monuments worldwide.

It is a convention for the prevention of marine pollution by dumping of wastes and other matters.

It is a protocol on interference on high seas in case of marine Pollution with Substances other than Oil.

8. Convention on the International Trade in Endangered Species of Wild Fauna and Flora (CITES), 1973

It provides a framework to control international trade on endangered species. It provides protection to more than 30,000 species of animals and plants, whether they are traded as live specimen, fur coats or dried herbs.

9. The International Convention for the Prevention of Pollution from Ships 1973, as modified by the Protocol of 1978 (MARPOL 73/78)

It is the major international convention regulating pollution of the marine environment from the ships due to their operation.

It provides an international framework regulating use of the world’s oceans.

12. Convention for the Protection of the Ozone Layer, 1985 (Vienna Convention)

It is a treaty for reducing and eliminating manufacture and use of gases that destroy Ozone in the Earth’s atmosphere. The objective of Vienna convention was to protect human health and environment against the harmful effect of ozone depletion.

As a framework convention it doesn’t establish any specific control over the Ozone layer depletion. Instead, it establishes general obligation on parties to protect ozone layer and emphasizes the need for internal cooperation. This convention does not impose any concrete obligations. It only establishes a framework that is needed to be filled in with further actions.

It established a target to reduce and eventually eliminate the production and consumption of substances that cause ozone layer depletion. According to it the countries have to set a target to phase out the ozone depleting substances. However, it provides a special provision for the developing countries.

It recognises the fact that the developing countries have hardly had contributed to the problem, so they have a 10 years delay period in phasing out the production and consumption of ozone depleting chemicals.

It controls the transboundary movements on hazardous wastes and their disposal.

It imposes obligations to conserve biodiversity in both terrestrial and marine ecosystems. The two main objectives of this convention are the sustainable use of the components of biological diversity and fair and equitable sharing of the benefits arising out of the utilization of genetic resources, including by appropriate access to genetic resources and by appropriate transfer of relevant technologies, taking into account all rights over those resource and to technologies, and by appropriate funding.

The main aim of this convention was to alleviate poverty, prevent local environmental degradation and protect the robustness and integrity of the biosphere.

Under this protocol, which emerged from UNFCCC, an agreement was made between nations to mandate country-by-country reductions in greenhouse-gas emissions