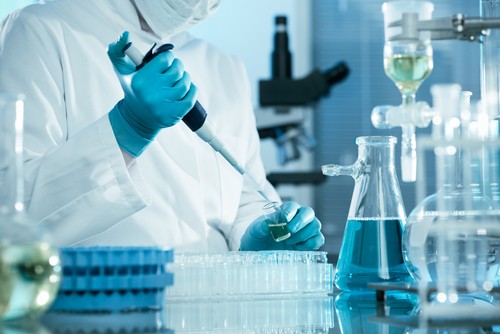 Thanks to advances in testing and analysis technology, there is an increasing demand for trained and highly skilled testing professionals. The impressive progress in improving testing equipment has also caused a rise in demand for analytical chemists.

Chromatography is a scientific technique that focuses on separating chemical components of substances and has made enormous contributions in improving the operations in various industries, including life sciences, cosmetics, forensics, environmental monitoring, nutraceuticals, food production, and pharmaceuticals.

Nowadays, there is immense potential for trained gas chromatography professionals as the science in finding new ways of applications in varied industries has advanced.

To resolve similar appearing peaks, the ability to control several operational thresholds is required, such as programming the temperature, adjusting spit ratios, and flow rate of carrier gas. Gas chromatography is able to achieve this effortlessly.

However, it is not possible to resolve overlapping bands/spots and closely appearing peaks using a thin layer chromatography method.

Being able to change operational parameters even while the chromatography process is underway is an essential advantage in getting an optimum resolution in the fastest way possible. This ability is lacking in the conventional thin layer chromatography technique.

Gas chromatography is a completely quantitative testing technique that comes with the software designed to provide accurate readings and precise reports in various parameters, such as peak area counts for deriving correct quantitative estimates.

On the other hand, the thin layer chromatography technique normally requires additional treatment of spots, such as extraction or dissolving in suitable solvents for accurate spectrophotometric analysis. To get more accurate readings using the thin layer chromatography technique, scientists need to add accessories such as densitometers which prove to be a burden when it comes to expense.

These, and similar other reasons, make gas chromatography training courses a better choice for aspiring scientists as compared to getting trained in the conventional and outdated thin layer chromatography technique.

How to choose the best Gas Chromatography Training Courses in India?

According to industry experts, aspiring students who wish to pursue gas chromatography training courses in India need to ensure that the training institute teaches the essential topics, such as:

Make sure that the training institute offers at least the above-listed topics in the curriculum so that you are well-trained and completely ready to face the challenges in gas analysis.