Medicines are one of the greatest advancements of modern medicine and healthcare in the last century. Without over-the-counter pain meds, people would still be drilling holes in their skull to relieve a headache, or allowing a leech to suck on their arm for pain from an unknown condition. Medicine has helped the healthcare industry to provide a greater level of care for many patients all over the world. 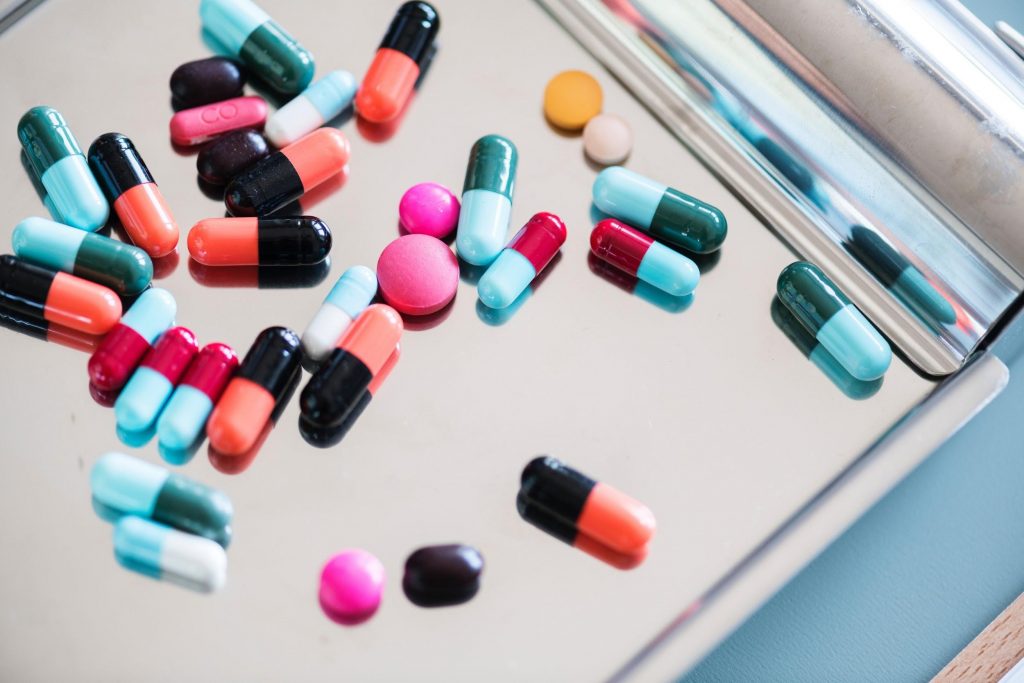 In some cases, nonprofits delivering basic prescriptions have greatly increased the quality of life for people in rural communities that otherwise wouldn’t have access to improved healthcare. These nonprofits also help protect people from ingesting fake or counterfeit drugs, which can hurt them more than help. However, for all the good medicines and drugs may do for humans, their production can have a negative impact on the environment.

The development of medicines requires manufacturing processes with a variety of chemicals — most prescriptions aren’t made with natural ingredients and require the processing and treatment of a variety of potentially harmful chemicals. Waste related to chemical production leaks into waterways, sometimes deliberately impacting the wide array of organisms living there. This can not only damage animal and plant life but humans as well.

Processing chemicals and running large-scale pharmaceutical manufacturing facilities naturally uses a lot of resources. Some companies have voluntarily chosen to clean up any byproducts they may be released into water bodies or the air because of manufacturing, but very few consider the resources they are using to even start the process in the first place. The fact is that a massive building requires more fuel than a small one — and most manufacturing facilities are massive.

One thing pharmaceutical companies can do is hire sustainable engineers to design their facilities. A sustainability engineer is someone who designs infrastructure, like buildings or roadways, but with an emphasis on green or renewable processes. So they may design a new building or help to remodel an old one with updated features to make it more environmentally friendly.

For example, a sustainability engineer may suggest outfitting a manufacturing facility with all LED bulbs that will last longer and require less fuel to operate. Additionally, they may suggest the installation of large windows where allowed in order to use natural light during the work day instead of electricity. They may also help a company to understand what their carbon footprint is for each building and find ways to help reduce it.

One of the more complicated aspects of creating an environmentally-friendly drug industry is that the byproducts of some drugs get into waterways and environments after they’ve been used. This means that in order to continue to reduce the impact of pharmaceutical industry on environment, even the product itself has to break down safer.

This idea is called “benign by design,” and it encourages the creation of drugs that don’t leave an imprint after their use. In some cases, researchers have found fish species that have become intersex because of high levels of estrogen in water sources — a byproduct of birth control and other pills. A lasting effect like that can have echoes for decades to come in the wild populations of an area.

Essentially, the goal of benign by design drugs is to make new products that either break down better within the human body or are more biodegradable after leaving it. In some cases, some drugs are being redesigned and restructured in favor of more eco-friendly alternatives. It’s a new field of study but an incredibly important one.

With each passing year, more and more industries become more focused on better sustainability practices. For example, a major American company, Vodafone, has made a vow to only use clean energy sources to power all its branches. By seeing a major industry leader like this take a step toward sustainable solutions, other companies will have a blueprint to follow suit.

Another industry leader, Nike, has also made public steps toward more sustainable practices. One of the processes involved in shoe production, dying and tanning, involves a lot of water usage. In order to conserve water, Nike has partnered with a Dutch company that creates machines that allow for tanning and dying without any water usage.

By looking at steps that other industries are taking to be more sustainable, the pharmaceutical industry can also follow suit. Whether it’s improving manufacturing facility carbon footprints or finding new ways to produce more biodegradable drugs, there’s a world of opportunity for a more environmentally-friendly drug industry. It all begins with major leaders making the decision to take a first step in the right direction for a better future.