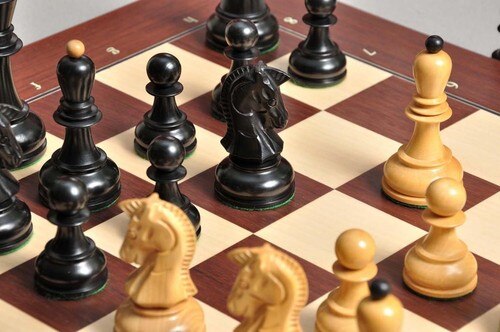 Chess has been around for centuries, constantly changing, evolving, and perfecting. Although chess began its journey in India, it is now a part of Western culture and one of the favorite pastimes all over the world. So what happens, when an ancient, but relevant game meets technological revolution? Electronic chess set, of course! How is it different? Let’s discuss and see!

The idea of a mechanical opponent playing chess against humans has captivated people for as long as the word ‘mechanical’ actually exists. The baby steps in this direction started way back, in 1770 when a Hungarian inventor created a machine that could play chess. It was seemingly led by a mechanical Turk, that could not only play the game but also beat its opponents. It was a complete hoax, but can you imagine the wave of inventions it inspired? The giant leap human insight had to take to go from the mechanical Turk to the real electronic device? It took nearly two centuries to get here.

The first real-life electronic chess board was created in the late ’90s on the request of the International Chess Federation, which needed a solution for the 1998 chess Olympiad. It gave them the opportunity to instantly collect data, broadcast the game in real-time, and so on.  This gave a new beginning to the idea of digital boards, and many other models were created as a direct consequence.

If you have seen any unusual chess sets UK has on the market, you might pass by the digital set and not even notice it. It looks like an ordinary wooden chess set, but it has a fun twist. You can hook it up to your computer (through USB or Bluetooth) and make the game instantly transmittable online through your devices. ‘Why would you want to do that?’ is also a valid question, which we’ll discuss in a bit. But whether you are a beginner, or a skilled player, having an electronic chess board will open up new horizons for growth.

From a practical point of view, a digital board has many interesting possibilities, which may not be apparent at first, but they are obvious once you have a taste of this product.

An electronic chess set is a wonderful learning tool above anything else. Not only can you keep record of your games, but you can also play with people who are out of reach, or play with the chess computer itself if you don’t feel particularly social. In any case, these boards have a significant benefit over playing on the actual computer via software.

First of all, having the real 3D board in front of you gives you a better idea of the overall strategy without sacrificing your eyes to the screen. Plus, it can record all of your moves, making them accessible to you instantly. That means you can replay certain games, discuss them with others more easily and also learn from your own mistakes, and track your progress.

This great invention changes the face of chess in a way that only technology can. It instantly made the game more global, giving people the opportunity to have a match across oceans and continents, and also a genius record-keeping system to track their own progress and grow as a player.