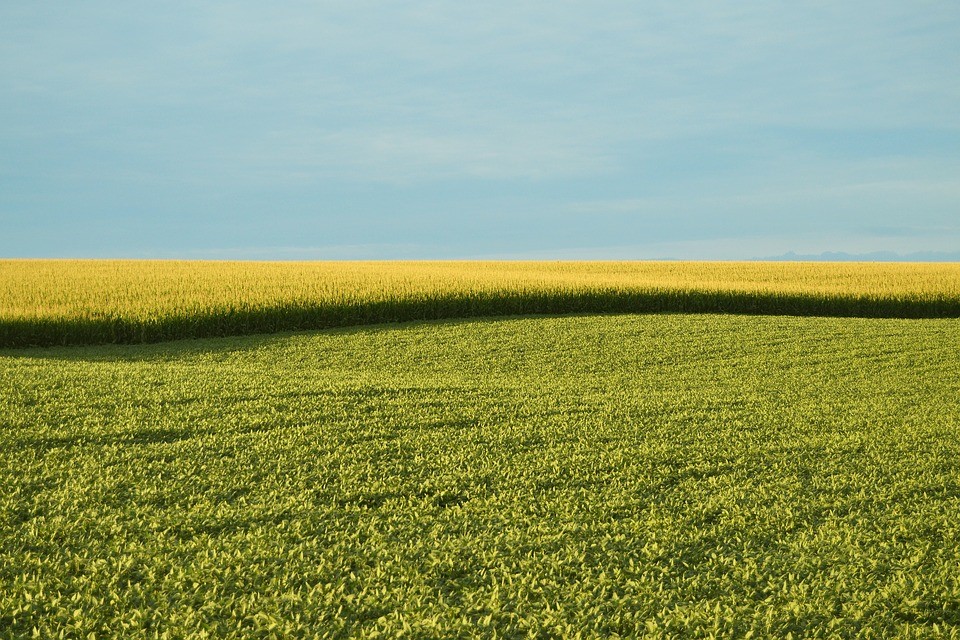 Brussels sprouts that taste like chocolate? Bananas that protect against hepatitis B? Since their introduction in 1994, genetically engineered crops have been widely used in the U.S. and other parts of the world. But while cocoa-flavored vegetables and fruit as medicine sounds good, you probably won’t be seeing either on the supermarket shelf any time soon.

What are Genetically Engineered Crops

Genetically engineered (also known as genetically modified or transgenic) crops are created when scientists take a gene (usually some desirable trait) from one organism (plant, animal or microbe) and transfer it to another. The process is known as recombinant DNA technology.

For example, when a certain bacteria (Bacillus thuringiensis) is added to corn, the crop is then able to make its own pesticide, one that’s believed to be harmless to humans and most insects. The result is that farmers can use fewer pesticides.

At present, herbicide-tolerant and insect-resistant soybeans, cotton, canola and corn are the most common GE crops harvested in the U.S. According to the U.S. National Agricultural Statistics Service, 95 percent of sugar beets, 91 percent of soybeans and 85 percent of corn planted in 2016 were genetically modified.

Despite these seemingly high figures, most of the domestically produced food is actually not genetically altered. A 2015 poll by the Pew Initiative on Food and Biotechnology found that 46 percent of Americans do not want GE foods introduced into the food supply. In fact, GE potatoes and tomatoes were discontinued when American consumers refused to buy them.

But many Americans remain confused about what GE foods are and are unaware that many products (high-fructose corn syrup, for example) contain GE ingredients. In a 2014 public opinion survey funded by the USDA’s Initiative for Future Agriculture and Food Systems, fewer than 50 percent of respondents realized that foods containing GE ingredients are available at the grocery store and less than one third believed they had ever consumed a GE food.

Recently, there’s been a surge of public concern because of a debate over genetically engineered salmon. The newfangled fish, which matures faster than conventionally farmed salmon, is created by isolating a growth hormone gene from Chinook salmon and splicing it with the DNA of Atlantic salmon. The manufacturer argues that because salmon is already considered safe for human consumption, the FDA should not require any additional proof of safety. (Ironically, salmon itself has undergone testing to see if GE feed is harmful to its health.) If permitted, it will be the first genetically altered food to be sold and eaten by consumers. Among mounting concerns is the worry that if genetically modified salmon is introduced into our food supply, what will be next?

Currently, three different government agencies have jurisdiction over GE foods. The EPA evaluates GE plants for environmental safety, the USDA evaluates whether the plant is safe to grow and the FDA evaluates whether the plant (or animal as in the case above) is safe to eat. About half of U.S. states, however, have implemented statewide or local regulations to protect consumers, farmers and the environment from potential risks.

Some states ban all GE crops, while others require seed or product labeling. In a November 2010 statement, Michael Jacobson, executive director of Center for Science in the Public Interest, called on the federal government and big agriculture to enact more stringent safety measures. “[I]t behooves government — as well as industry — to build long-term public confidence by establishing rules that err on the side of caution in protecting the environment and ensuring safety and choice to consumers.” Yet more than 10 years later there is still no centralized oversight.

At present, the two biggest areas of concern are human health and the environment. Potential health risks include unidentified long-term effects, such as the buildup of harmful toxins in the body, and the unwitting transfer of possible allergens.

As for ecological and environmental worries, critics cite unintended harm to other organisms, the reduced effectiveness of pesticides, and cross-breeding that results in the transfer or pesticide resistance genes from crops to weeds. Another criticism is that big corporations are exploiting these seeds to make money rather than to feed malnourished populations.

All GE Foods are Not Bad

But all GE foods are not bad. Take the hepatitis B bananas or a sweet potato that’s resistant to a virus that attacks crops in Africa. Scientists are also working on rice with increased iron and vitamins aimed at curbing chronic malnutrition in Asia and plants that can weather extreme temperatures and conditions.

Other benefits are increased yields for farmers in developing countries, pharmaceutical advancements (such as vaccines) and phyto-remediation (where plants such as poplar trees can clean up pollution from contaminated soil). And depending on whom you ask, additional advantages include crops that have increased pesticide and pest resistance; shorter ripening times; and improved weather-, disease- and herbicide-tolerance.

The fact is that with genetically engineered ingredients popping up in everything from vegetable oils to breakfast cereals, it’s difficult to steer clear of them entirely. But if you’re still a little skittish, try to choose foods that are organic, which are not only free of pesticides and good for the environment but taste delicious, too.

Do you want more information about Genetically Modified Foods? Buy 1000 word essay about this topic.