Everything You Need to Know About the Sewage Lake of Jeddah 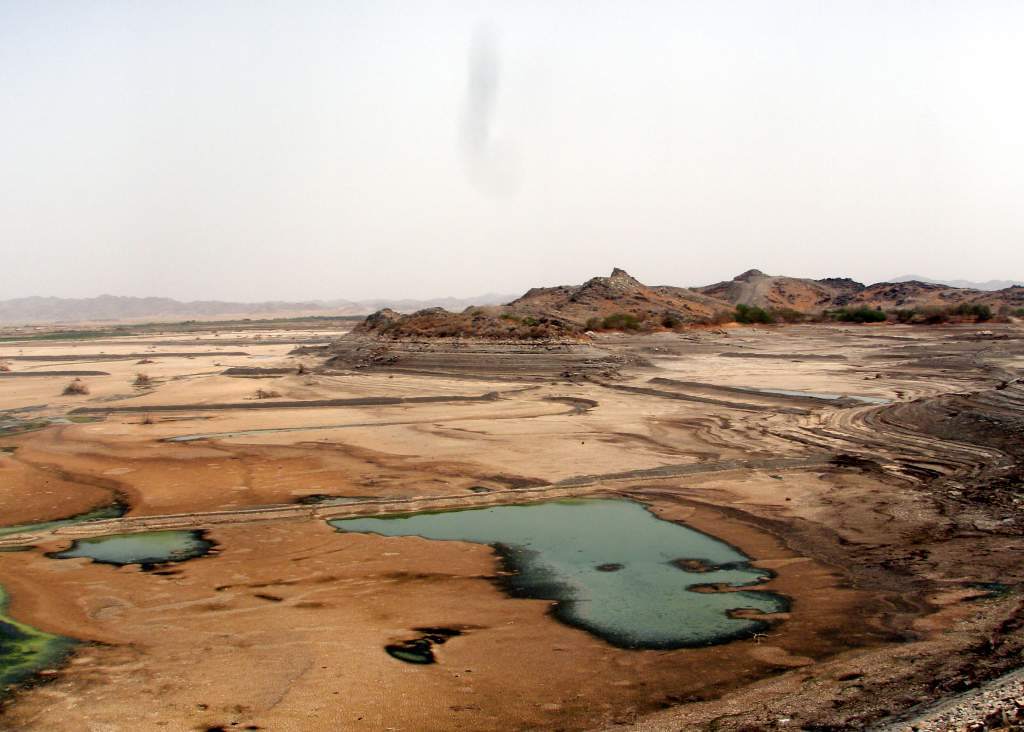 Jeddah, one of the largest cities in Saudi Arabia, has more than three million residents. The estimated water  use is 200 liters per capita per day. Typically, 80% of potable water used  for municipal purposes returns to the environment as wastewater. Since  85% of Jeddah is not connected to sewerage pipelines, wastewater accumulates in underground cesspools and later transported by truck tankers to the lake for the past 10 years or so.

Buraiman (Almusk or Almisk) Lake, has been the dumping site of Jeddah’s sewage wastewater for more than a decade. The lake lies in east of Jeddah within the catchment of Wadi Bani Malek at about 130m above mean sea level. It contains more than 10 million cubic meters of sewage water spread over an area of 2.88 km2. The lake water is also infected with toxic industrial wastes. 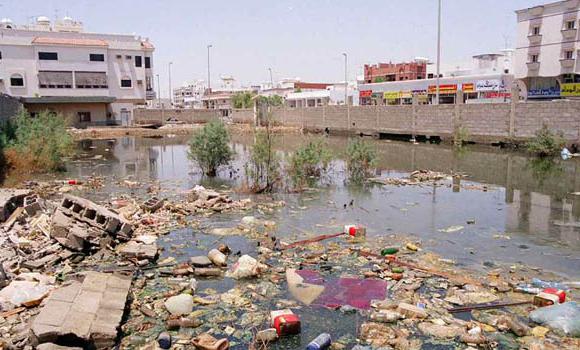 The lake was created as a stop-gap measure to deal with the increasing amounts of wastewater in the growing city. The lake was to be used for depositing this water until a functioning sewage system was created. But plans were delayed because of inadequate funding. As 70 percent of Jeddah households are not connected to sewerage pipelines, wastewater accumulates in underground cesspools and later transported by lorries to Buraiman Lake.

About 50,000 cubic metres of water are transported to the 2.5 million square-metre lake each day by more than 1,000 tanker trucks. Only a small percentage of the wastewater from the remaining 30 per cent of Jeddah households goes to wastewater treatment plants for purification before being dumped in the Red Sea. Most of the wastewater that is accumulated through pipes is dumped directly into the sea without purification. The sewage lake has caused some wells in Jeddah to become poisoned due to raw sewage leaking into aquifers. Some studies have reported that water table under Jeddah is rising at 50cm per year which is attributed to the inflow of untreated sewage. As the only dumpsite for municipal sewage and industrial waste, Buraiman Lake is continuously increasing in size, constantly moving towards the south, and is now reported to be only three kilometres away from city houses.

The accumulation of sewage water in the lake area, as well as in cesspools all over Jeddah, is seriously affecting natural underground aquifers, which the country needs to tap into to relieve the water shortage situation in the area. Water levels are continuously rising. With winter rainfall, dangerous environmental consequences from Wadi Bani Malek floods arise. Residents in the east of the Jeddah highway are living in constant fear of dam collapse. Environmentalists are warning that the sewage lake could overflow and flood Jeddah city.

The wastewater is causing massive damage to the environment, public health as well as aquatic life. What makes things worse is the fact that most buildings located on the beach pump sewage into the sea without any treatment. This has caused damage to beaches, coral reefs and fish. Sewage is also being pumped into the delicate mangroves environment along the estuaries of the Red Sea.

Keeping in view the prevalent waste management scenario, Jeddah municipality is continuously seeking ways to develop city’s sewage treatment infrastructure. However, the current infrastructure is incapable of handling the present generation of raw sewage, leading to the continued storing untreated sewage at Buraiman Lake and dumping the remaining portion directly into the Red Sea.