Our cities are becoming smart cities every day, but unless our cities are clean and litter-free, we are going to face massive problems. Globally there are over 1.5 Billion Unsecured wheelie bins, these bins are massively concentrated in cities. Wheelie bins are a prominent cause behind litter pollution and are responsible for many environmental and health problems. This occurs when bins are blown over, knocked over, or over filled, the result is huge amounts of rubbish escaping into our environment, rivers and oceans. Pollution from wheelie bins cause detrimental effects to animals, wildlife, marine organisms and to our planet as a whole.

Every year, 8 – 13 million tonnes of plastic and rubbish leak into our oceans, the majority of this pollution comes from unsecured wheelie bins.  All of this toxic plastic that is in our oceans is being eaten by fish, the plastic cannot be digested and ends up stuck in the animals gut and leaks into their flesh. We in turn eat the tainted fish, so the plastic is getting into our food chain.

The negative effects caused to humans is not yet known but we do know that it can cause brain damage in fish so can you even imagine what it’s doing to us? 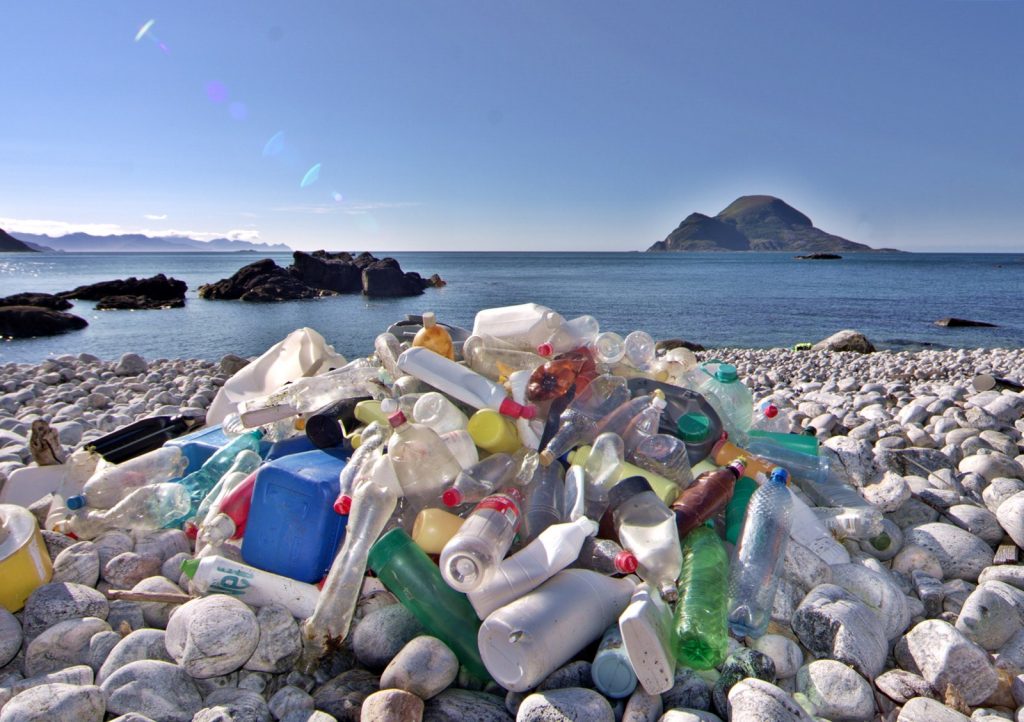 In the UK over 1 million sea birds die from ingesting plastic that they think is food, it is also eaten by animals, mammals, and other wildlife causing illness and death. Even the ocean life and land animals that don’t eat the plastic are effected as they get wrapped up, caught in and strangled by all different types of plastic waste that are not properly disposed of, or are not properly secured.

Unsecured wheelie bins provide an abundance of easy access food for animals, birds, rodents, and wildlife. The odours emitted by partially open compost/food waste wheelie bins attract these animals and in many cities this leads to rodent and rat infestations causing the spread of germs and disease. Once a rat infestation has occurred it is difficult to get rid of the rodents as they multiply and make a new home for themselves.

Litter pollution in cities has massive negative impacts on tourism and businesses, as well as a negative social impact on the cities inhabitants who witness this scourge on their doorstep every day. People who live in areas that are consistently untidy eventually get used to the eyesores and it becomes the norm for them and their area. This type of problem is hard to reverse as morale is destroyed and people stop staking responsibility for the area often passing it off as someone else’s problem.

Tourism will suffer because when tourist come to visit a city, they expect it to be clean and pristine, this is not the case in cities around the world where tourists visit and are appalled by the amount of rubbish they see on streets. These tourist will not come back, and in areas where tourism is the biggest income stream, this is simply not going to do.

Businesses also suffer from untidy or even dirty areas, both indoors and out, nothing turns customers away faster than the sight of flies, bugs and rodents that are attracted to the odour coming from a large number of wheelie bins that are left unsecured on their premises.

There was recently a post on social media of a rodent inside a deli counter nibbling on the pre-packed food, whilst the video was regarded by some as “cute” (with regards to the little mouse), it is most definitely not “cute” to be sharing lunch with a rodent! This video no doubt closed the premises by Food Health and Safety authorities and cost the business a huge amount of money. The visit by the mouse was most likely due to improperly presented food waste and the odour of such which lured the mouse into the restaurant.

Now that our cities are growing in population the amount of litter pollution rapidly increasing, so these problems are getting far worse. It’s time to put a stop to wheelie bin pollution before it becomes uncontrollable. People have been attacked by seagulls looking for food inland, due to the amount of accessible waste that is luring them in. Governments are under a huge financial burden when it comes to litter with recorded spending of over 1 billion GBP every year in the UK cleaning up litter.

Plastic is one of the worst threats to our planet at this time, it is seeping into our environment and in the end everyone on the planet will suffer.

Most of these problems can be eradicated or at least massively reduced by securing bins and there is a business in Ireland that have an innovative solution that will combat litter pollution in our cities, our environment and in our oceans, creating a cleaner greener city and future for our planet and all its inhabitants.

This solution is called BinStrap, it is simple, clever, affordable and very effective at reducing litter pollution.

Binstrap works by keeping the lid of a wheelie bin lid sealed and secure, so in the event that the bin is blown or knocked over the lid will remain shut keeping all the contents inside the bin and not strewn all over the surrounding area.

BinStrap will also keep out animals, birds, rodents, flies and wildlife, reducing horrible messes and protecting the animals and birds from ingesting harmful plastic. Securing bins with BinStrap will also massively reduce environmental and ocean pollution, reduce government clean up cost, boost tourism and business. This will have a positive social impact on inhabitants and people coming to work or visit the city as there will be less accessible food waste and odours associated with this. The benefits for businesses, the government and the cities inhabitants are enormous and would be a fantastic overall addition to the Smart Cities ethos.

Cities will not just be Smart Cities, they will be Clean and Green Cities.

Gaelan Goodfellow
Founder at BinStrap
Gaelan Goodfellow is an entrepreneur from Athenry, Co Galway where he lives with his wife Jade and their 3 children. Gaelan is a qualified Electrician with many years in the business working on numerous projects including Wind Turbines. Gaelan left the industry during the crash and decided to concentrate his efforts in the area of pollution. As an avid environmentalist, with a love for animals and ocean life Gaelan wanted to do something that would help to curb the amount of pollution that is harming and killing our wildlife.
In 2010 Gaelan invented BinStrap, with the intention of keeping rubbish contained. Gaelan is educated in Entrepreneurial Skills and has won awards for his invention.

2 thoughts on “Smart Cities Have To Be Clean Cities”