On an average, each one of UK’s households produces one tonne of rubbish per year. Nationally, a total of 31 million tonnes of waste is produced annually. Tesco generated 46,684 tons of food waste in 2016-2017. Reliable statistics clearly reveal that Britain’s mountain of waste can fill the nation’s largest lake, Lake Windermere in just eight months. If the waste was deposited into Albert Hall, London, it would be full in two hours.

Considering this staggering figure, you may be wondering how the rubbish removal of such an amount is accomplished. Well, there are environment-friendly ways to dispose of waste. This waste produced nationally can be recycled and also turned into a source of energy. To be able to put this waste to good use, reputable rubbish clearance companies must be used. 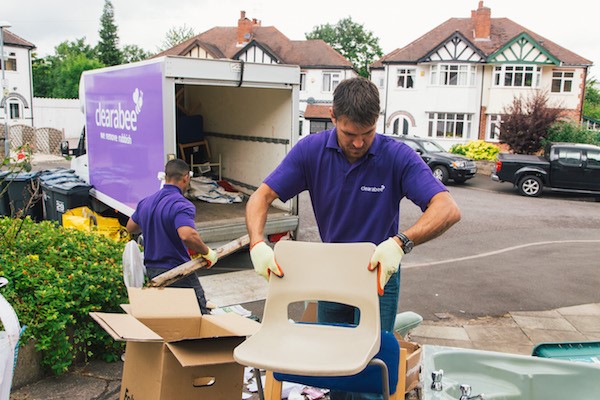 Well, here is a surprising fact. The waste produced by each household annually in Britain is enough to produce 5,000 hours of electricity to power a TV, run about 3,500 showers and 500 baths.

Yet, most of the waste produced in Britain such as plastic bottles are never sustainably disposed of. The plastic bottles are mostly never recycled, either commercially or domestically. If you care about your environment, this fact more than makes the case for using reputable companies.

Here are more interesting facts about waste management in Britain.

Britons use over 500 million plastic bags weekly. Surprisingly, if the plastic bags are deposited at a landfill, they can take between 500 to 1000 years to decompose. And during all this time, they’ll be largely responsible for a number of variable factors that affect the environment.

The Welsh government in 2011 passed a law to encourage citizens to reuse their plastic bags. Shops are required by law to charge 5 pc for every new plastic bag used by a shopper. This plastic bag levy has reduced usage of plastic bags by 90% in Wales.

Most people rarely notice that water can be wasted too. Research shows that many homes in the United Kingdom waste a lot of water through leaking taps and dripping showers. If all leaking water in Britain was stopped, the water saved would be enough to supply 120,000 households with water for an entire day.

It is estimated that the every UK citizen uses, on average, about 200kgs of paper and cardboard per year. Nationally, Britain consumes 12.5 million tonnes of paper per year. The number of trees to produce this amount of paper would cover a forest the size of Wales.

This wasted food, unfortunately, is not recyclable. The paper is recyclable, though. It can be reused as a newspaper in less than a week after disposal.

Britons use a whopping 2.4 million tonnes of glass annually. If the glass containers are not recycled after use, these can result in an enormous load of garbage. Unlike what you may expect, the glass bottles can be recycled an average of 13 times before they lose their purity.

Producing glass bottles from recycled glass has a number of energy saving benefits. Each glass bottle produces enough energy to power a TV for 15 minutes, a washing machine for 10 minutes, and a 100 Watts bulb for an entire house. Using a company for rubbish clearance will help your used glass bottles get to their collection point efficiently, from where they are taken for recycling.