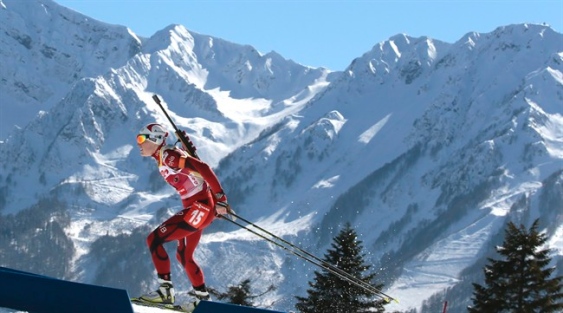 The upcoming Winter Olympics in Sochi is notorious for various controversies and scandals involving corruption and environmental violations. Gay rights activists discourage people from attending the event, whereas environmental activists highlight the fact that the country is destroying the nature of the region to build the ambitious Olympic projects. Local residents have suffered through rounds of corruption scandals and illegal evictions.

One of the most recent scandals involved Russian Ministry of Internal Affairs and one of the environmental NGOs in Sochi that tries to attract attention to the damaging side-effects of the boosting construction activities in the area.

Environmental Watch on the North Caucasus keeps attracting attention to the existing environmental problems in Sochi. Activists claim that the Olympics will cause serious damage to Sochi National Park. In their attempt to control the NGO, Russian authorities tried to threaten its leader. After illegally tapping the phone of AndreyRudomakha, NGO’s coordinator and a regional representative of liberal Yabloko party, Russian security police tried to arrest him in his office in Sochi.

Million dollar road in the forest

Environmental activists have conducted an independent investigation that allowed them to expose corruption and environmental threats to the nature of the region. The government has plans to develop and construct a 17-kilometer road though the pristine forest of the Caucasus Reserve in the Sakhe River valley. Activists believe that the road will connect the city with a new luxurious private mansion of Vladimir Putin called Lunnaya Polyana.

Listed in the UNESCO World Heritage Site, the reserve is at risk of destruction. The road construction requires extensive logging and cutting of the unique endangered plants and trees. Environmental activists point out that the construction also contributes to the further pollution of the rivers and soil in the area, as the oil and dirt are dumped into the nature.

Authorities are trying to do their best in order to prevent any unwanted attention from the residents. One of the most popular hiking routes in the forest was cancelled until further notice, while rangers are asked to guard the construction site in order to stop any curious tourists from entering the area.

Environmental Watch activists had to be careful in order to access the site and take pictures of the construction process. NGO accuses Dmitry Kozak, Deputy Prime Minister of Russia, for allowing the waste dump in the Akhshtyr quarry that can potentially contaminate water supplies of the region.

This activity violates the “Zero Waste” pledge and the government’s promise to create the cleanest and greenest Olympic environment. According to the Russian Water Code it is forbidden to dump the construction waste in the area surrounding the Olympic Village due to the fact that it can contaminate the major water source in the area. Nonetheless, these regulations have been violated many times.

Reaction of the IOC

Senior IOC members have urged Russian government to investigate the incident and ensure the sustainability of the Olympics construction sites.

“It is important for the IOC that the Organizing Committees deliver the Games in a sustainable way and with respect for the environment,” Mark Adams, an IOC spokesman told to the Associated Press. “Sochi 2014’s zero waste objective is linked to its operational waste at games-time and they have given us every assurance of their commitment to that objective,” he added.

Despite the harsh criticism of the IOC and other independent activists, Russian government remains resilient to the accusations. Environmental Watch has previously issued reports warning about the dangers of the Sochi Olympics. “Russia, the Sochi 2014 Organizing Committee, the Russian Olympic Committee and the city of Sochi are not in compliance with binding guarantees stipulated in the Olympic Contract,” the NGO said in an open statement to the Olympic committee in February 2013.

It is difficult to predict the outcome of the Olympics and its harm to the nature. Nonetheless, it is already obvious that the government has violated various regulations that could be avoided with the right environmental consulting.

1 thought on “Environmental Footprint of the Sochi Olympics”