Air and water quality are important aspects of both our environmental and our personal health. In the United States alone, poor air causes an estimated 60,000 deaths per year, while water pollution continues to be a significant and costly problem for communities like Flint, Michigan.

Awareness of the importance of air and water quality has risen exponentially in the last few decades. Both public and private organizations have committed to regulations and responsibilities in cleanly and safely conducting business in regard to air and water quality. But while progress has been made, there is still ground to cover when it comes to improving environmental quality.

Here, we will explore where air and water quality improvements have been made as well as where we can continue to make progress.

The importance of air and water cleanliness is undeniable. The health issues and costs associated with treating and managing these issues affect every region around the world where pollution is an issue.

In a post-industrialized world, many countries, communities, and organizations have faced this problem through a variety of solutions, both in the public and private sectors.

Government has long recognized how essential clean air and water is to public health. Legislation enacting regulations on what individuals and organizations can release into the air and water go back decades.

One of the most influential pieces of legislation was the Federal Water Pollution Control Act of 1948, which mandated the reduction of wastewater in streams and rivers. In 1972, the Clean Water Act amended this legislation to include funding for wastewater treatment and prohibition of all pollutant discharge into navigable waters without a permit. The University of California in Berkeley showed that this act has improved the quality of the water by 25 metrics across the US, making its impact significant on national health and safety.

Similarly, the Clean Air Act of 1970 and its amendments have helped reduce emissions of sulfur and oxidized nitrogen consistently in the US. This legislation was passed alongside the creation of the Environmental Protection Agency (EPA), which has managed the regulation of air and water across the country to reduce pollutants. This has been a significant step in the right direction over the last few decades for public health.

In the private sector, some businesses are stepping up to do their part as well by adopting effective environmental management systems.

In recent years, as corporations become more aware of public health issues, some have committed to better practices to reduce pollutants.

In 2007, the Coca Cola company committed to becoming a “water neutral” organization. In doing so, it promised to conserve and protect water resources around the world, returning back as much water as it uses in its bottling facilities.

Similarly, gas and oil companies like Shell are making commitments to improving air quality through more efficient fuels and low-sulphur diesel products. Shell claims to have invested $1 billion already into these lower-emission options for transport vehicles.

While larger businesses like Coca Cola and Shell have the resources to commit more to improving water and air quality, all businesses must monitor and regulate their emissions and pollutants according to EPA standards. This is done through tools like packaged monitoring stations and frequent inspections to ensure a standard of safety and cleanliness.

Through mandating emission thresholds and preventing pollution to air and water, we have gained ground on improving air and water quality. However, we still have plenty of ground to cover.

While conditions are much better than they were a few decades ago, the state of air and water quality must continue to be improved.

Dangers are still prevalent in our air, like the asbestos still found frequently in homes and offices. This substance leads to a sometimes fatal disease called asbestosis, which kills 10,000 people in the US alone. Still, the use of asbestos in a variety of products still has not been fully banned in the US.

Meanwhile, there is a national trend in contaminated drinking water. Per year, there are 16 million cases of gastroenteritis that occur from community water systems in the US. This inflammation of the intestinal lining is caused by bacteria that can grow in unclean drinking water. It is the second most common illness in the US, a testament to how far we have yet to go in managing safe water quality.

Air and water quality have come a long way from the dire states they were in in the 1940s and beyond. The implementation of the EPA in the 1970s has helped regulate pollutants, while business practices committed to the problem help keep emissions down. However, a future of truly clean air and water remains distant and will require broader and deeper commitments by governments, corporations, and individuals all over the world. 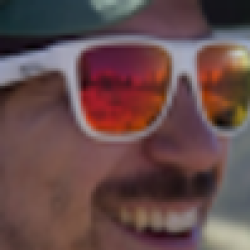 Noah Rue
Noah Rue is a journalist and a digital nomad, fascinated with the intersection between global health, personal wellness, and modern technology. When he isn't searching out his next great opportunity, Noah likes to shut off his devices, head to the mountains and read novels based in the American Southwest.