The number of people who are opting for the vegetarian and vegan diet is definitely on the rise. The latter solution is even more popular today, and it’s so for many reasons. Apart from going green and fighting against animal cruelty, people also switch to veganism because of its health benefits – the right vegan diet is rich in fiber, magnesium, potassium and many other vitamins. It’s also very important to note that people who opt for a plant-based diet have lower levels of cholesterol and blood pressure, as well as a lower body mass index. So, is it advisable to switch to a vegan diet? Definitely yes, and this is why, what you should expect and what things you should have in mind.

It doesn’t have to be expensive

Even though many people wish to switch to a vegan diet, a big percentage of them decides not to only because they believe that going vegan is quite expensive. Changing your diet and giving up on the things that you love is definitely difficult as it is, so imagine if you have to pay extra money to switch to a diet that will restrict you from eating so many things.

However, what many fail to understand is that you don’t have to break the bank in order to go vegan. The so-called mock foods – basically, the alternatives for meat, cheese and ice-cream – might be pricy, but some of the most affordable foods on the planet are vegan, such as rice, legumes, and different kinds of fruits and vegetables.

How to get protein and fiber

One of the reasons a vegan diet is incredibly healthy is because it provides all the necessary nutrients your body needs. On top of that, vegan foods are low in calories and can help you reach your weight goal, so if you want to know how much weight can you lose in 6 weeks, do some research. This is one of the best, most efficient and definitely healthiest ways to lose weight and bring your body to perfection.

Photo by Mike from Pexels

The vegan diet is very rich in protein, especially if you opt for tofu cheese, lentils, chickpeas and varieties of beans. Not only that, but your body will also get the necessary amount of other nutrients as well. Beans, for example, are an incredible source of fiber.

How to get fatty acids and calcium

Apart from protein and fiber, there are other nutrients that are very important as well. Omega-3 fatty acids are, for example, very important, and most people get them by eating fish. However, contrary to popular belief, fish are not the original source of omega-3 acids. They get it into their system by feeding on algae and sea plants, which are great options for any vegan.

Photo by Maddi Bazzocco on Unsplash

Moreover, it’s important to mention calcium – a very crucial element in our body as it has the ability to build and maintain our bones. However, calcium is always associated with milk, even though there are other sources that are vegan-friendly. Soy foods, certain nuts (such as almonds) and seeds and their butters are amazing sources of calcium that every vegan should have in mind.

How to get important vitamins

Last but certainly not least, let’s talk about vitamins and the vegan-friendly sources. Iron is, for example, an essential nutrient, which can be found in legumes, nuts and seeds and many leafy greens such as spinach, kale or collard. As far as vitamin B-12 is concerned, foods that are fortified with it include non-dairy milk, breakfast cereals, nutritional yeast and vegan spreads, such as Marmite.

However, if you’re a vegan, make sure to read the labels on all of these foods as some might actually lack vitamin B-12. On the other hand, eating mushrooms and fortified milk alternatives will provide your body with vitamin D. Vitamin D deficiency can be a big problem, so it’s very important to do whatever we can to prevent that from happening.

To sum up, you don’t have to be a meat eater in order to get all the necessary nutrients and vitamins. Vegans also have choices, and even though many don’t know it – the choices can be quite cheap and you will find them in regular foods, which means that there’s no reason for you not to switch to this diet if you want to! 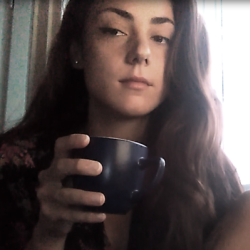 Lauren Laporte
Lauren Laporte is a Sydney-based health writer who focuses on natural living and nutrition. Her fascination with it arose from reading and soaking in the latest scientific research in nutrition and wellbeing, and left her with a strong conviction that a healthy body does indeed equal a healthy mind.