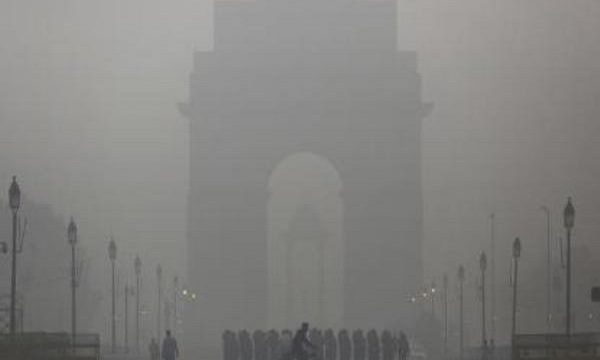 In many developing countries, the air quality during the winter months plummet due to winter smog which not only causes massive disruption in daily activities but also create a mass public health crisis with spike in patient population with asthma and lung and respiratory diseases during the period of its occurrence.

Let us explore the phenomenon of winter smog in detail:

What is Winter Smog?

The hazy air mostly refers to smog, an atmospheric phenomenon in which fine dust, smoke, various gases and other dry particulates mixed with water vapour (fog) and obscure the clarity of the sky. Smog is the word derived from combination of two words: Smoke and fog. Smog, the brownish haze is a mixture of pollutants containing fine particles such as dusts and various gases and water vapour. In simpler terms, smog is a visible form of air pollution, which often appears as a thick haze. 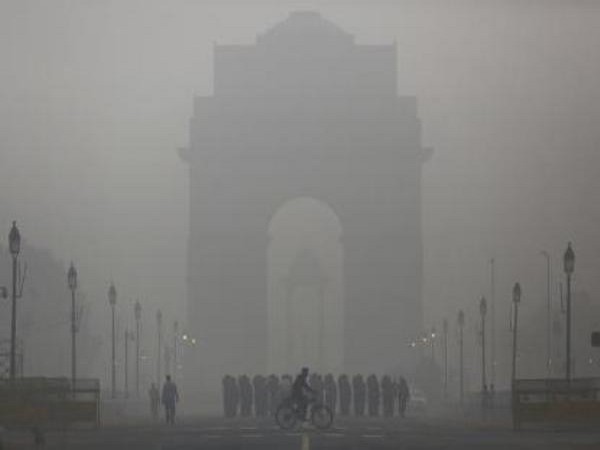 Smog in general, is formed when sunlight reacts photochemically with various precursors i.e. organic (hydrocarbons and volatile organic compounds) and inorganic gases (nitrogen compounds i.e. NOx and NH3, carbon compounds such as CO, CO2 and carbonates, sulphur compounds (i.e. H2S, SO2, SO3, H2SO4), halogen compounds (HF, HCl) and other compounds such as fly ash, silica etc. present in the atmosphere to produce ozone (O3) and fine particles at the ground level, which are the key components of smog.

The other components of smog include various organic and inorganic particles and water vapor. The main sources of these precursors are pollutants released directly to the air due to incomplete burning of fuel from vehicles, burning due to human activities and operational activities of industrial plants. Winter smog is a local phenomenon which is exacerbated by cold weather and occurs when the air is stagnant.

The point source emissions arise from factories and power plants, emission from landfill and the non-point mobile sources included but limited to vehicular emission, re-suspended road dust emitted due to wear and tear of tires and brakes, materials from roads, pavement, emission from construction activities due to block cutting, excavation, demolition, mixing, road building, drilling, loading and unloading of materials etc. The other sources that mostly contribute to winter smog is open burning of organic and agricultural waste materials which increase the PM2.5 load in the stagnant air in the winter.

The main reason for the poor seasonal air quality in Delhi is primarily due to high concentration of PM2.5, the particle of soot and other contaminants with diameter less than 2.5 micrometer. The sources of these particles are mainly form biomass burning, vehicular emission, open burning of solid waste, organic wastes, burning of coal and other industrial pollutants etc.  Industrial pollutants do contribute to increase the concentration of PM2.5 load in the ambient air bit normally its contribution is <1-2% at any locations.

In winter months, emissions mostly due to burning of materials responsible for creation of smog whereas fly ash, dusts from road and the dust from construction activities contribute to poor air quality in the summer months. These particles are referred as PM 10 which are the particles that have a diameter of less than 10 micrometer and more than 2.5 micrometer.

Smog in Winter – A Burning Issue

The cycles of extreme air pollution episodes or the severity smog and its period of occurrence during winter season is triggered by a combination of number of factors. These factors include specific emission sources (incomplete combustion, heavy traffic, unique geographical location, and the adverse weather conditions such as temperature inversion, temperature, humidity and the wind speed at ground level. In addition, atmospheric dispersion is another key factor responsible for winter smog and its persistence. The lower the level of atmospheric dispersion, the higher the level of winter smog.

During the winter months, in general, the wind speed is low and because of that the wind pushes and disperses the pollutants horizontally at slower rate. When there is no wind, the air become stagnant at a place and it causes built up of pollutants in the air. On the other hand, during the normal conditions, the pollutants are carried away in upward direction by layer of warm rising air to the colder air higher up so that it can reach maximum height and get dispersed vertically.

When temperature inversion happens due to presence of warmer air near the cold air at the ground level and the warm air does not rise up. As a result of which the pollutants in the colder air at the ground level remain trapped in the area for a longer period of time and cannot be pushed up and dispersed, causing maximum harm to the people and environment. This kind of situation occurs frequently in most of the cities in Northern India and China, particularly in winter. Furthermore, air pollution not only varies by season but also it varies in type, day of the week and by time of the day.

Since smog is made of a combination of air pollutants, it has detrimental effect on human health, ecosystem and even can cause property damage. In humans, smog can cause and aggravate respiratory health problems such as asthma, emphysema, chronic bronchitis eye irritation, reduce the body’s immunity to fight cold and infection of lungs.

Some people can experience more adverse health effect than others, depending upon their age, pre-existing health condition and period of exposure. These groups of people include children, adults who spend most of the time outdoors, people with respiratory diseases and the elderly people with low immunity.

Management of air pollution, such as winter smog, requires combination of proactive and reactive interventions in short term, intermediate term and long term basis. The best management strategy to control environmental pollution is to remove the pollution source as which may not be always practically possible. Hence, controlling its emission/ generation at the source is the next best strategy which can be done through both regulatory and technical approach.

Various preventative, control and mitigation measures can be taken to reduce generation of pollutants that contribute to winter smog and its effect. Some of these include strategies limiting exposure time, management of urban transport facilities, regulating emission from vehicles and power plants, regulating open waste burning and management of dusts from construction activities.

In short term, the impact of air pollution due to winter smog can be reduced by limiting outdoor activities and travel time, using appropriate face masks when outdoor, keeping children, elderly and the people who are at high risk to respiratory diseases away from exposure, suppressing dust particles by spraying water from the air, banning of open burning of domestic wastes and agricultural wastes, proper handling and disposal of solid waste etc.

The medium to long-term control measures for winter smog require implementation of stringent regulations, technological intervention and public support. These include: