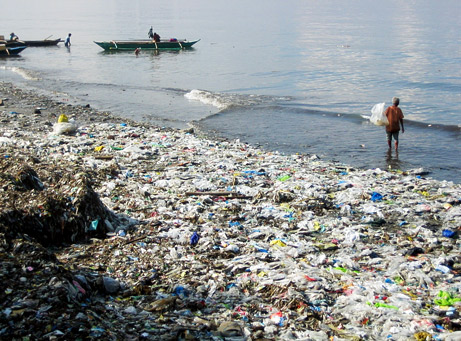 Since the beginning of time, the ocean has been regarded as boundless and untouchable by human activity. Because of its colossal size and depth, attempts at understanding the oceans are laden with difficulties. However, it has now become apparent that the ocean, despite its immense magnitude, can drastically be changed by daily activities of human beings. Unprecedented  man-made changes are occurring along coastal regions as well as into the far depths of the oceans.

While the particular causes of environmental change are multifaceted, numerous human activities and natural events are now said to be the driving forces in the alteration of the global ocean, such as marine litter.

A Rapid Decline of Ecosystems

Despite the vital role they play for the survival of fish, invertebrates, mammals, sea turtles, and waterfowl, ecosystems such as mangroves and other wetlands are in rapid decline throughout most of the coastal regions of the U.S. Occurrences such as dredging, propeller scouring, disease manifestations, pesticide and herbicide poisonings, and lack of sunlight caused by the increased turbidity of the water has lead to the destruction of these delicate habitats.

Salt marshes, which have been widely distributed along U.S. coasts, are considered one of the earth’s most biologically productive ecosystems. However, more than half of the original salt marshes and mangrove forests in the U.S. have been destroyed, according to the U.S. Fish and Wildlife Service.

It has been estimated that at least 10% of the world’s coral reefs have been degraded beyond recovery, while a good portion of the remainder is under threat from fisheries, recreational activities, mining and oil exploration, tourism, sedimentation, pollution, and disease.

Turbidity of near-shore waters due to erosion and runoff from logging, agriculture and upland development also contribute to reef degradation, says the U.S. National Oceanic and Atmospheric Administration (NOAA). They estimate that over half of all coral reef systems in the U.S., including those in U.S.-affiliated islands such as the Virgin Islands and American Samoa, are at risk and that some systems are virtually dead.

In recent years, there is increasing evidence that blooms of toxic and harmful marine phytoplankton are increasing in frequency and intensity, as well as geographic distribution. Many of these algal species produce virulent toxins which either accumulate in some species, or kill outright. Pfiesteria piscicida, a recently discovered microscopic cell, produces a toxin that has killed millions of fish in the estuaries of several U.S. east coast locations.

Humans exposed to the toxin have experienced memory loss, stomach cramps and nausea, according to a 1995 article published in the Journal of Toxicology and Environmental Health.

Large “dead zones,” where no life can live due to eutrophication, have invaded significant portions of coastal waters. When fertilizer runoff from agricultural fields, wastes from livestock farms, discharges from sewage treatment plants, emissions from automobile and power plants, and seepage from septic tanks are washed out into rivers, they pollute coastal waters. The fatal outcome is the creation of large anoxic (no oxygen) or hypoxic (low-oxygen) areas where fish, invertebrates, seagrass, and other organisms cannot live.

5 thoughts on “How Pollution is Killing the Oceans?”